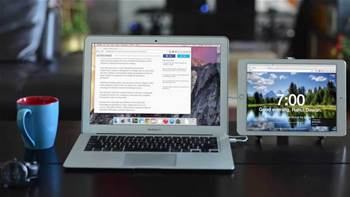 DisplayLink - whose technology allows multiple displays to be connected to a computer through USB, ethernet, and wi-fi - recently confirmed the issue following a flood of complaints from Apple users who had downloaded the macOS update.

In a forum post a DisplayLink product manager said the issue had "the highest business priority" in the company.

"We understand that this loss of functionality on OS upgrade is potentially disruptive for our users and customers," he wrote.

"We thank you for your patience and will provide an update on this situation, as soon as we have further information to share."

The developer of Duet Display - a Mac app that turns an iPad or iPhone into an extra display for a Mac - similarly advised its users to refrain from installing the latest version of macOS; the app stops functioning after the update.

"It introduces severe WindowServer bugs that crash most inelegantly when you connect to a virtual monitor like Air Display (or its competitors). 10.13.3 still works fine. Hopefully Apple will fix 10.13.4 soon."