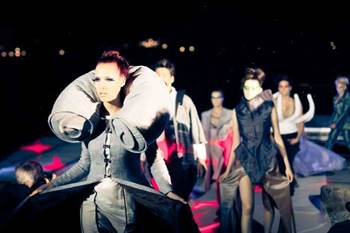 US researchers have trained machine learning algorithms to accurately predict the next batch of female models to grace the world’s top fashion runways.

In a paper (pdf) to be presented at CSCW 2016 early next year, three Indiana University academics used data from the 2015 spring/summer season to help the machine learning algorithms learn what made female models successful in their careers – and predict who would next achieve success.

Success – for this study - was measured in the number of runways the new models walked in a fashion season.

The machine learning algorithms were remarkably successful at predicting which new faces were most likely to be seen on the runways for the 2015-16 autumn/winter fashion season – which occurred earlier this year.

The research “correctly predicted 6 out of 8 fashion models who became popular” during the season, “using training data from the past season only”.

It also "successfully identified 6 of the 7 fashion models who did not perform in any top event".

The past season data was gleaned from several fashion databases that track the identity and attributes of the models, their agency representation, and in which shows they appear.

The researchers also looked at which of the ‘new faces’ from the fashion databases had Instagram accounts and tracked their activity, to see if there was any correlation between social media presence and runway success.

“As social media becomea for fashion models a far more important showcase than magazines and billboards, we wonder if popularity on such platforms can be used as a proxy to predict success,” they said.

They found Instagram data alone wasn’t enough to work out if a new model will be successful or not, but it does have an effect.

“Instagram activity seems to have mixed associations with runway walks,” the authors found.

While acknowledging that “increased activity on social media had only a weak association with heightened success”, the researchers believed that would change over time.

Such changes could make machine learning the best friend of casting directors.

“When trying to cast a model for the upcoming seasons, a casting director is faced with a seemingly impossible task: predicting whom, out of the hundreds of new faces [he or] she may see at the go-see calls, will become the top model of the next season,” the researchers said.

“As the impact of social media — especially Instagram — becomes significant in the fashion industry, predictive methods have the potential to leverage collective attention and the wisdom of the broader user population, which reflect some of the popularity of fashion models, to predict their career success.”

The researchers noted some limitations to their work, including the lack of weighting to different types of fashion gigs (e.g. luxury brands) and the relatively small data set used to run the machine learning algorithm.

The work also only takes into account female models.

“It will be interesting to see, when data become available, whether our results apply to the male fashion modelling market as well,” they added.