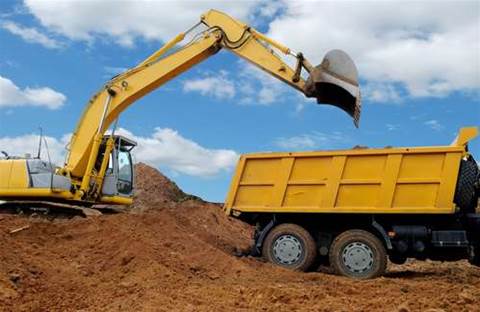 Plans to move off data centre contract in May.

Drilling and infrastructure group AJ Lucas hopes to retire the last of its physical data centre equipment by May 2012 as it moves to consume all desktop software from the cloud.

The group is in the final stages of introducing to some 600 staff a new Oracle ERP system, hosted by managed services provider CSG, and Oracle’s cloud-based CRM.

Meanwhile, its contract for the lease of two racks of data centre equipment from HP comes up for renewal in May – good timing for CIO Simon Soon’s plan to do away with physical IT infrastructure entirely.

Speaking to iTnews at the CIO Strategy Summit in Melbourne last week, Soon described plans to move the last of AJ Lucas’ applications – email, office and collaboration software – to the cloud.

“The cloud space suits us really well,” he said, highlighting the benefits of a utility-based service that could be quickly and easily scaled up or down for specific projects.

“Being an engineering and construction business, we have to mobilise and demobilise quickly and having the traditional model doesn’t quite suit our type of business.

“When we want something, we want to be able to buy it. We want the utility-type model whereby if I want one, I buy one, and if I want ten, I buy ten.”

Within the next month, Soon hoped to have decided on whether to consume desktop applications from Google, Microsoft or a private cloud operator in Australia.

He noted that compliance and security concerns had prevented other organisations from adopting cloud services, but he did not expect such issues to be prohibitive for AJ Lucas.

On the contrary, he said public cloud operators would likely be able to provide more robust security and a better compliance environment than his in-house IT team of three and service desk team of four.

“Timing and opportunity go hand in glove,” he said. “I think cloud [computing] is ready now; I think a lot of people have adopted it.

“There are some proper case studies so I’m not on the bleeding edge – which is the high-risk area – but certainly moving the way I’m moving is still on the leading edge.

“If our lease had ended a year earlier, I don’t think the cloud would have been ready. I would have had no choice but to renew the contract for another couple of years until we were ready.”

AJ Lucas CEO Allan Campbell advocated the new ERP rollout despite pushback from users, including senior managers, Soon said, who were “finding excuses as to why the new ERP [would not] work for them”.

“When the user logs in, they’re not going to feel any different,” he said. “What they don’t realise is that my server no longer sits there; my server sits in Singapore.”

Soon said AJ Lucas was also considering Google Apps “to create competition for Microsoft” and unnamed private cloud operators to whom he expected migration would be also be “seamless”.

He expected to select a service next month – two months before the company's HP data centre contract is due to conclude.

“I’ll only have to worry about making sure I have a good contract and a good SLA. I manage my vendor, I manage my users and their requirements and I help them with what they need.

“IT is just a service that I provide,” he said.

“What’s important is how do my people help the business utilise IT, which is a better utilisation of my resources than fixing up a network failure or installing a new server.”