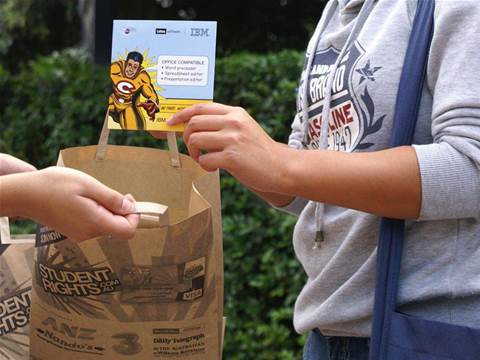 IBM is making a play to get Aussie university students onto the Lotus Symphony productivity suite in what appears to be a targeted campaign against competitors like Microsoft and Google.

Big Blue said today that "over 50,000" Australian university students will receive a free version of the Lotus Symphony software.

The free productivity software will be handed out as part of an on-campus promotion, managed by StudentRights.com, during March.

"We expect the majority of the students will take advantage of it and download the Lotus Symphony software and are looking forward to hear their feedback about the Symphony software," said Kevin Wilson, business development executive for the IBM Software Group.

Lotus is facing increased competition in the office productivity space, particularly with the rise of online tools such as Google Apps.

Last month, Adelaide University announced it would offer Google Apps to its 16,000 students.