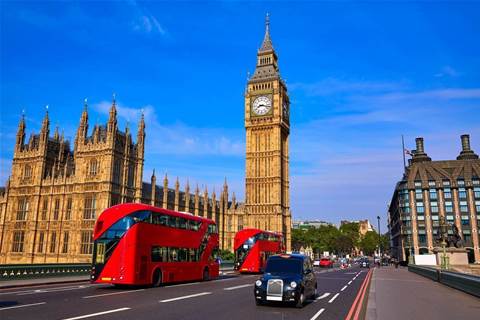 ASX-listed software-as-a-service and internet of things (IoT) play Simble has been revealed as the provider for energy analytics solutions to one of London’s largest transport operators.

Simble, which listed on the ASX early last year, will have its technology deployed as part of an energy efficiency and baselines measurement program for RATP Dev London, which moves 249 million passengers across the English capital each year.

RATP Dev’s fleet of 1,100 vehicles runs across 97 bus routes through London, a city rapidly clamping down on emissions and encouraging its businesses to seek out efficiencies.

The SimbleSense analytics platform will also be deployed across RATP Dev’s 12 operational garages and maintenance depots to further lower costs and emissions on a five-year recurring SaaS subscription model.

The platform plugs into a range of IoT energy metering devices to provide timely measurement, reports and verification of all energy efficiency initiatives.

Simble chief executive Dahi Geha said the company is excited to partner with the UK’s Powercor “to help Transport of London become smarter and reduce its energy footprint”.

Geha added the UK contract validates the company’s expansion strategy, which has faced headwinds since listing on the ASX.

Although the company initially listed with at 26 cents, almost 18 months later its stock has reached lows of 4.6 cents from which it is only just starting to recover.

At its annual general meeting last month, chairperson Philip Tye said the previous 12 months had been transformational yet challenging.

The Sydney-headquartered company was forced to find savings of approximately $2.8 million since June 2018, and lowered its operating cash burn rate by 69 percent year-on-year.

However, Tye said the new focus has “significantly improved the economics of the company and will allow Simble to thrive as demand for smart energy technology continues to rise”.