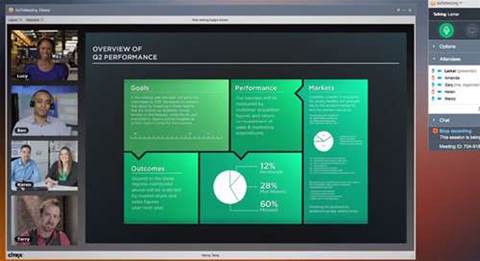 Remote access provider LogMeIn has scooped up Citrix's GoTo family of communications products in a US$1.8 billion (A$2.4 billion) tax-free deal that will create a US$1 billion business.

The merger will be completed through a tax-free Reverse Morris Trust transaction, which will see Citrix create a subsidiary called GetGo that holds the GoTo business, distribute it to its shareholders, then merge it with a LogMeIn subsidiary.

Citrix and LogMeIn shareholders would each own about 50 percent of combined company.

Citrix late last year indicated its intention to spin off the GoTo business in the back half of 2016 and axe 1000 jobs, following calls for cost cutting and asset sales by investor Elliot Management.

GoTo is one of LogMeIn's biggest rivals. The Citrix business made around US$600 million in its last financial year, while LogMeIn brought in about US$272 million.

The combined group would have annual revenue of more than US$1 billion once the proposed deal closes in the first quarter next year, and more than 2 million customers worldwide.

LogMeIn's stock price rose more than 19 percent in after hours trading to US$83.27, while Citrix's fell slightly to US$88.96.

LogMeIn chief Bill Wagner will continue in his role and lead the combined company.

He said in a statement LogMeIn was "extremely excited" about the merger.

"Both companies have passionate employees who are committed to developing easy-to-use software that simplifies the way we connect with people, devices, apps and products."