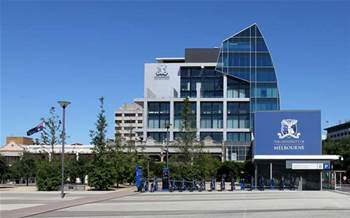 Defence giant readies its first research centre outside the US.

US defence contractor Lockheed Martin has unveiled plans to open a $13 million science and technology research facility in partnership with the University of Melbourne, with the first stage of the project to open in December this year.

The new STELaRLab (science, technology, engineering leadership and research laboratory) centre will be the company’s first major research facility outside the US. It will focus on fields such as hypersonics, robotics, artificial intelligence, sensors, and communications.

The facility will be operated as a partnership between Lockheed Martin, Melbourne Uni, and the Defence Science Institute, which receives funding from the university, the Victorian state government, and the national Defence Science and Technology Organisation.

Aside from directly funding research projects, the centre will also provide PhD scholarships and internships to students.

The collaboration builds on existing research partnerships between Lockheed Martin and the university covering CO2 monitoring and exceeding the Chu limit for radar.

The lab will initially operate out of existing university facilities, before relocating to a permanent spot at the centre of Melbourne Uni’s proposed Carlton Connect innovation and science precinct in the next three years.

Over the next decade, the pair anticipate the centre will expand to include researchers located at a number of other universities around Australia.

“Melbourne is the third largest education city in the world, as well as being home to one of the world’s leading specialist R&D hubs in science, technology and medicine,” University of Melbourne vice chancellor Glyn Davis said in a statement.

“We look forward to working collaboratively with Lockheed Martin, the Defence Science Institute and other universities around Australia to ensure the centre’s success.”

The partnership between Lockheed Martin and Melbourne Uni is the second major research facility to be launched as a collaboration between a higher education institution and the defence sector in recent months.

In June, the Australian Signals Directorate announced it would contribute $12 million to a new Australian National University facility focused on data analytics and cyber security.