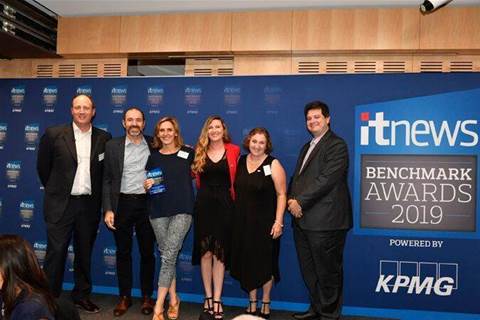 Liverpool Hospital has won the 2019 iTnews Benchmark Award for best health IT project for its implementation of the US-based Project ECHO, bringing health expertise to rural and remote communities.

More than 350 de-identified cases from regional areas have been connected with hepatitis experts at the hospital using Zoom’s off-the-shelf cloud video conferencing platform, saving patients from the time and cost of travelling to Sydney to receive a diagnosis.

It's believed Project ECHO has saved lives by significantly reducing the cost of treatment, as many of the patients wouldn't have been able to afford the time off work, travel, and accommodation while they went to Sydney for diagnosis and treatment.

On top of saving an estimated 2600 hours of travel, it’s also enabled doctors in smaller communities to build their hepatitis knowledge and boost their confidence in diagnosing the disease themselves, freeing up the project’s resources for other cases.

The deployment of the necessary tech behind the platform was delivered on time and on budget, and has been so smooth and effective that doctors have been able to consult on the platform even from their cars or wireless hotspots in airport lounges.

Liverpool Hospital's professor Miriam Levy said at the Benchmark Awards that the prize acknowledges the work the team has done to de-monopolise the specialist knowledge of the liver unit "so that primary care doctors can get our knowledge without actually sending the patients to us".

"We’ve treated 350 patients without them having to come see us, which isn’t a great business model, but it’s great for the patients," Levy said.

"It's a disruptive part of healthcare, but it's something our teenagers can do easily on Facetime," she added.