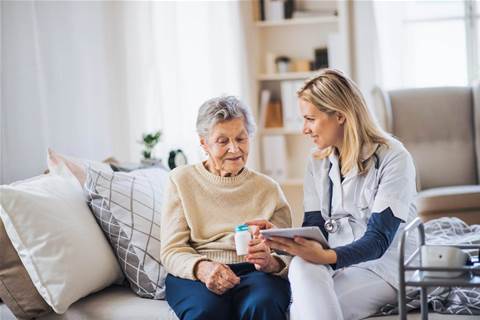 An artificial intelligence-powered app that promises to help diagnose pain in people who have trouble verbally expressing themselves has received $5 million from the Liberal government for a national trial as the election campaign rolls on.

PainChek, listed on the Australian Securities Exchange, was spun out from Curtin University research that uses smartphone cameras to identify pain and quantify its severity, particularly among non-verbal dementia sufferers.

In a release to the market, PainChek said the funding makes provision for a universal PainChek app access license for over 1,000 residential aged care providers in Australia and their 100,000 residents living with dementia for a one-year period.

That equates to about half the total population of people living in residential aged care services, offering care providers a quantitative way to ensure pain is properly managed in a significant number of their residents.

Unidentified pain can also contribute to behavioural and psychological symptoms, leading to the incorrect prescription of antipsychotic medications.

It also provides an avenue to track the effectiveness of pain treatments over time through continual assessments easily done with a smartphone and a few seconds of video footage.

“This trial will complement the reforms already announced by the Morrison Government to improve medication management and provide a record boost to dementia prevention, treatment and support.

“Under the Medical Research Future Fund, our Government is providing $185 million over the next decade to establish a Dementia, Ageing and Aged Care Mission, building on our five-year, $200 million Boosting Dementia Research initiative.”

The company said the app could be rapidly rolled out once contracts for the national trial are finalised, with online training programs and partners in place to help implement the tool in nominated aged care homes.

It also has eyes on expanding outside the Australian aged care sector, with license to operate in Europe and ongoing talks with the US Federal Drug Administration to gain regulatory approval to launch in the US market.

Work is also being done to expand the app to pre-verbal infants to help ease parents’ concerns about their little ones.

PainChek's share price opened 79 percent higher this morning on the back of yesterday's announcement.