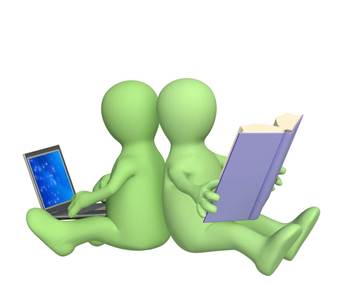 Surge in internet use in Australian libraries.

Speaking at a Senate Select Committee in Canberra on the NBN yesterday, Sue Hutley, Executive Director of the ALIA and member of the Department of Broadband, Communications and the Digital Economy's cyber-safety panel, said she strongly opposed the Federal Government's ISP-level filtering plan.

"We object to filtering on the basis that it is not completely functioning and certainly at the ISP-level it has not proved to be effective," Hutley told the Senate Select Committee.

"We believe that training and education of the Australian public sets a greater advantage in terms of funding in relation to internet security," she said. "Libraries and librarians believe that the education and other methods we use provide... open access for Australians".

The library did not have a filtering system in place.

Ross Duncan, manager of learning communities and spokesman for the Sunshine Coast Regional Council, told iTnews the council's decision to not filter internet access was based on Library Association guidance.

"We generally take their guidelines or their suggestions very seriously," he said.

Duncan added that complaints by library staff relating to internet access accounts for a very small number of complaints.

"If we look at the estimated frequency, we get almost two million visits per year in our regional library service," he said. "We did a survey of staff and it looks like complaints related to internet access equates to 0.0023 percent of all visits".

Although the Library Association objects to filtering, it notes that 40 percent of Australian libraries currently use a version of a PC-based filtering system funded by the library's local council.

A recent survey conducted by ALIA found that 147,474 users accessed the internet each week within Australian libraries.

Use of the internet within NSW libraries alone was up 41 percent on previous years.