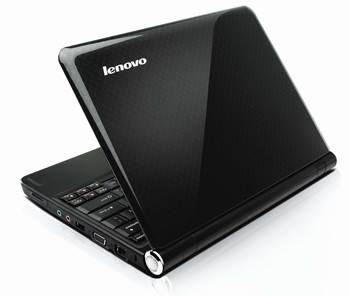 Chinese giant has made progress but still has issues, warns Gartner.

Two years after its historic acquisition of the IBM PC Division, Lenovo is still facing "challenges", Gartner has warned.

The warning comes shortly after the second anniversary of Lenovo Group's purchase of IBM’s PC Division.

Gartner research vice president Leslie Fiering believes that, at the end of its first two years, Lenovo Group has met many of its original challenges, including integrating two disparate cultures in the newly formed company.

It has also succeeded in maintaining the Think brand image for quality, and improving supply chain and manufacturing efficiencies which have enabled more competitive pricing.

However, the Chinese giant still has serious challenges to address. "Lenovo has failed to meet a key objective of the merger: leveraging the combined strength of the two companies to grow volume and market share," said Fiering.

"Instead, Lenovo has stagnated, with little growth. While the first quarter of 2007, the strongest quarter outside China in the past two years, saw year-on-year unit shipment and share gains, Lenovo dropped to fourth place in the PC market as Acer rose to third.

According to Fiering, the IBM sales account teams are writing orders for new Lenovo products but do not appear to be actively seeking new business. The Lenovo sales team has to improve its prospecting skills to gain new business.

The firm is also losing out to a "reinvigorated" HP, she added. "Two years ago, Lenovo failed to take advantage of the channel opportunities provided by HP's disarray," said Fiering.

"Since then, HP has completely reinvigorated its worldwide channel strategy at the same time that Acer is becoming a strong channel player in the US.

"Despite these challenges, Lenovo remains a strong global supplier, able to provide quality products and services at competitive prices worldwide.

"But causes for concern remain. If current trends continue through the next two years, there would be good reason for Gartner to revise its assessment of Lenovo."

Firms should consider Lenovo for PC acquisitions where a strong relationship, life cycle services and/or global presence are key decision criteria, according to Fiering. She also predicts that the manufacturer will begin to make it prices more competitive.
Got a news tip for our journalists? Share it with us anonymously here.
Copyright ©v3.co.uk
Tags:
afterbuyoutchallengesfacinghardwareibmlenovopcstill