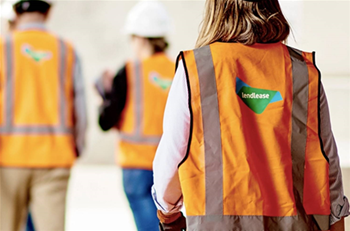 As global co-CIOs take the reins.

Lendlease has lost two Australian C-level IT executives, including its chief information officer Keith Pinto, to a restructure of the construction group’s domestic operations.

The shake-up came after a broader restructure of Lendlease's Australian operations to bring them into line with the company's structure in other parts of the world.

Both Pinto and Ferris had spent more than a decade at the company.

Since leaving Lendlease, Ferris was named CTO at New Zealand-headquartered 3D spatial intelligence firm asBuilt, which has offices in Sydney and Melbourne.

Worton and Lipscomb, who have also both worked at Lendlease for more than a decade as well, were appointed co-chief information officers on a global basis in May 2020.

All software engineering resources, including those in Australia, now report to global CTO Pankaj Srivastava, who is based out of Silicon Valley.

Commenting on the shakeup, Lendlease Digital CEO William Ruh said the company’s vision was to “transform how we build and create places with data insights and digital solutions through Podium”.

“To accelerate growth as a team, we are embracing cloud technology and agile work practices, reducing organisational complexity and bringing in new skills, aligned to the changes we’re making," he said.