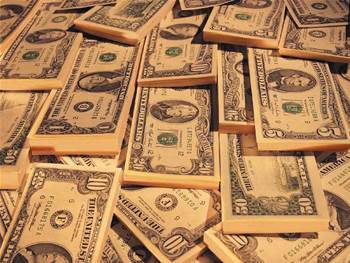 Oracle co-founder and chief executive Larry Ellison was the highest-paid CEO in the world last year, taking home US$192.9 million in total compensation..

Forbes magazine said that Apple chief Steve Jobs, the top earner in 2006, slid to 11th on the list, taking home a modest US$14.6 million on top of his US$1 official annual salary. Jobs cashed in stock options to make US$646 million in total compensation in 2006.

Number two on the list behind Ellison was Nabel Gareeb, of MEMC Electronic Materials, who received US$79.6 million in 2007, placing him second in the tech world and sixth among all chief executives.

Cisco chief John Chambers came third with US$54.8 million, followed by HP's Mark Hurd, who took home US$27.6 million in his first full year at the helm.

Rounding out the top five was Nvidia chief Jen-Hsung Huang, who took home US$24.6 million in total compensation for his work with the graphics hardware juggernaut.

Other notable names on the list include IBM chief Samuel Palmisano, who clocked in with US$24.3 million to claim the sixth spot, and EMC chief Joseph Tucci, who took home US$20 million and claimed the eighth spot.

Rounding out the top 12 was Sun Microsystems' Jonathan Schwartz, who took home US$13.5 million over the course of the year. Schwartz ranked 130 among chief executives worldwide.
Got a news tip for our journalists? Share it with us anonymously here.
Copyright ©v3.co.uk
Tags:
ceoclaimscrownellisonlarrypaytraining & development