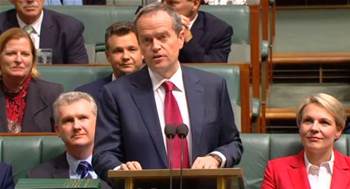 The Coalition government launched the $140 million innovation hub in March last year. It was intended to make the department more “creative, entrepreneurial and innovative” in its delivery of international aid.

Part of its remit was to test and introduce new technologies - like public cloud - as well as new ideas and partnerships into the department.

However the Labor Party has long criticised the agency for being more concerned with bean bags and ping-pong tables than concrete deliverables.

It was revealed during senate estimates last year that the agency had bought three $590 bean bags and a $6300 convertible meeting room/table tennis table.

The agency had 11 staff as of January. Their current projects include a health data collection service in developing countries in partnership with Bloomberg Philanthropies, a global innovation fund for developing countries, and a trial of passport-less travel, among others.

Shorten today said a Labor government would redirect DFAT spending to other budget priorities, "including the abolition of the Innovation Xchange which focused on purchasing bean bags".

He said axing the agency would save $400 million over the medium term.

The cut was announced as part of Labor's savings measures intended to return billions to government coffers over 10 years.