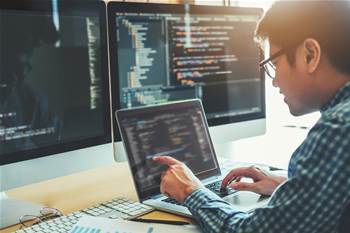 The Australian Labor Party has pledged to help create 340,000 new tech jobs by 2030, using a combination of TAFE and university placements to boost in-demand skillsets.

Opposition leader Anthony Albanese and shadow industry minister Ed Husic announced the policy on Thursday, with the aim of boosting the tech sector’s contribution to the economy.

The plan aligns with the Tech Council of Australia’s goal of reaching 1 million tech-related jobs by 2025 and 1.2 million jobs by the end of the decade, up from the current 861,000 jobs.

“As we look to the future, there are real opportunities for Australians to be employed in the sector and drive future economic growth,” Albanese and Husic said.

“Too many experienced workers and businesses have left our shores due to the failure of the Morrison government to back tech jobs in existing and emerging businesses.

“Technology is a core pillar for our economy and is considered equivalent to the third largest sector in the economy behind mining and banking.”

If elected to office in the upcoming federal election, Labor will work with industry, including the Tech Council of Australia, to develop a plan aimed at strengthening the sector and growing jobs.

It plans to meet the 1.2 million jobs target primarily by creating 465,000 fee-free TAFE places and 20,000 additional university places that focus on areas impacted by skills shortages, including tech.

An additional 2000 “Commonwealth supported places at accredited university accelerators” will also be provided through its previously announced Startup Year initiative.

Labor also plans to use its ‘Buy Australia Plan’, which would see an overhaul of government procurement rules to ensure a greater share of spending flows to local firms, to similarly “support the creation of new firms and strengthen existing ones”.

She said tech jobs were “well-paid, secure and flexible”, and that research showed that the “pay gap between someone with a VET qualification and tertiary degree is just two percent”.

“Setting this goal matters because it sends a clear signal to Australians that employers will sign up to create these jobs, and there is a shared commitment to help Australians work in them, including through reskilling and training opportunities,” Denholm said.

“We want to be an industry that creates great jobs for Australians, and that partners with governments to make sure Australians can get into them.”