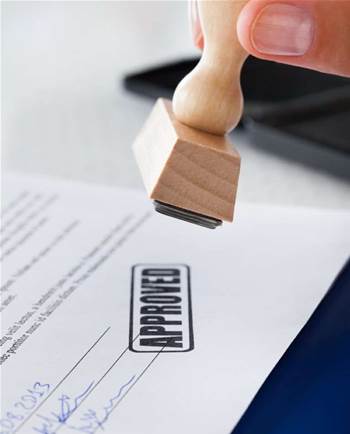 The Abbott Government's plan to force internet service and telecommunications providers to store the metadata of their customers for two years looks likely to pass into law after the Labor opposition put its support behind the scheme.

A report into the data retention bill, tabled by the Parliamentary Joint Committee on Intelligence and Security today, highlighted Labor's support for the proposal, while recommending 39 amendments to its text.

The Opposition had previously indicated its qualified support for the proposal.

While calling for a number of amendments to the scheme, the Labor contingency of the committee backed the fundamental elements of the plan - the scope of coverage and the duration of data storage.

One of the recommended changes was for the definition of metadata to be defined in legislation, so any additions to the scope of collection would need to be approved by the Parliament.

It also recommended the Attorney-General of the day should no longer be able to add law enforcement agencies to the list of those able to access the data without parliamentary approval.

The report advised that the Australian Securities and Investment Committee (ASIC) should be granted access to the information, after initially being left of the list of approved agencies and following much lobbying by the agency.

Australia's competition watchdog, the Australian Competition and Consumer Commission, should also be added to the list of agencies able to access the metadata without a warrant, according to the committee's report.

The citizen metadata should only be accessed for criminal cases, the report recommended - but the Attorney-General of the day should also allow use of the metadata for civil proceedings at his discretion.

The potential for metadata use in civil proceedings has previously given rise to fears from privacy and consumer groups that the information will be used by copyright holders to target alleged copyright infringers.

Despite concerns around the cost of the introduction and ongoing maintenance of the scheme from the telecommunications industry, the committee did not detiail how much the Government should contribute to the arrangement.

Committee chair Dan Tehan later this afternoon said the scheme would cost between $200 million to $400 million to set up, and the Government should pay "substantial" set-up costs.

The Government has previously promised to provide some funds to the establishment of the scheme but has refused to provide a dollar figure.

Prime Minister Tony Abbott recently put the cost of implementing the scheme at $400 million across the industry.

The recommendations come despite both the Parliamentary Joint Committee on Human Rights and Senate Standing Committee for the Scrutiny of Bills labelling the bill far-reaching and ill-defined.

The scheme will be reviewed four years after its commencement. Resumption of debate on the bill is scheduled for this Tuesday.

The Government is expected to table its reponse to the report next week.

"Despite hearing months of evidence that the mandatory data retention proposal is dangerous, expensive and open-ended, the Labor Party appears to have caved," Greens Communications spokesperson Scott Ludlam said in a statement.

"Australians need an opposition to stand up against this reckless and divisive Prime Minister; but it looks like the ALP have just vacated the field."

CEO of the Internet Society Laurie Patton said there was still time for more reflection on the "biggest flaws" of the bill before it goes to the Senate.

"No-one wants to be seen opposing what seems like a necessary move, especially in the current political climate," he said.

"Unfortunately most people are not aware of the potential consequences of this legislation on them."

Read more: PJCIS pushes for mandatory data breach notification and Telcos could charge individuals to access their own metadata