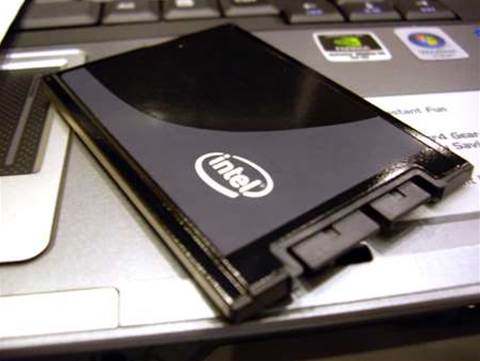 The memory maker has kicked off with two products in its SSDNow line, the E Series and M Series, essentially just rebranding Intel's own E and M series drives.

Jim Selby, Kingston's European product manager, told vnunet.com that the company had decided to license Intel's technology rather than develop its own because it did not want to "reinvent the wheel".

"Intel has clearly got it right when it comes to SSDs and this partnership will help both companies drive the adoption of SSDs in 2009," he said.

Selby reckons that SSDs have come of age, and that new technologies have overcome issues around speed and reliability.

The drives use a standard 2.5in form factor and Sata interface, meaning that they can easily be integrated into existing systems and product ranges.

Under the Kingston brand they will be backed by the company's three-year warranty, 24/7 tech support and KingstonCare, a suite of tools and services designed to reduce downtime.

Mark Leathem, director of Flash business development at Kingston Digital, said: "The combination of the fastest SSDs in the world, along with Kingston's tremendous distribution capabilities and legendary customer service, will position us to succeed in this arena."

Got a news tip for our journalists? Share it with us anonymously here.
Copyright ©v3.co.uk
Tags:
designed drives kingston series ssdnow ssds storage