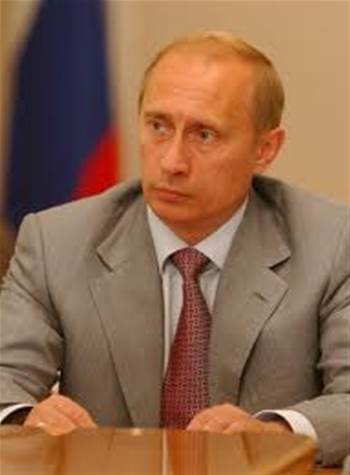 Russia's federal security service has been blamed for a series of distributed denial of service attacks targeted at liberal Russian media outlets and an election watchdog at the weekend.

Sites belonging to the Ekho Moskvy radio station, as well as online news portal Slon.ru and Western-financed watchdog group Golos went down at around 8am Moscow time. They remained inaccessible more than 10 hours later.

Those attacked believed state authorities had targeted them due to their allegations of violations in a parliamentary vote.

"All the phones are blocked ... the site is blocked, the hotline is blocked," said Liliya Shibanova, executive director of Golos, which compiles reports of electoral violations and posts them on an interactive map. The map site was also down.

"I believe that nobody but government structures and the FSB is capable of conducting such a campaign," Shibanova told a news conference, referring to the Russia's Federal Security Service, the Soviet KGB's domestic successor.

"I think it is coming primarily from the organs of the FSB."

Slon.ru director Maxim Kashulinsky said he believed the news portal was targeted because it had supported the Golos interactive map project.

"There is the feeling that the Central Election Commission, the prosecutors and the hackers are acting together," Kashulinsky told Reuters.

President Dmitry Medvedev, who is stepping aside so that Prime Minister Vladmir Putin can return to the presidency next year, has dismissed talk of electoral fraud. Neither the general prosecutor's office nor the Central Election Commission could be reached for comment.

Opposition parties said on Sunday the election was unfair and accused authorities of violations across the country, from ballot stuffing to pressuring voters at polling stations to choose United Russia.

"The pressure is stronger than in the last parliamentary and presidential elections," Shibanova said.

Ekho Moskvy's editor-in-chief Alexei Venediktov wrote on his Twitter account: "It is obvious that the election day attack on the site is part of an attempt to prevent publishing information about violations."

Shibanova was detained for 12 hours in a Moscow airport when she arrived on Saturday, and her laptop computer was seized in what the group said was a blatant attempt to stop Golos monitoring the election.

Last week Moscow prosecutors launched an investigation into Golos after lawmakers objected to its Western financing.

Several other independent media sites, including prominent opposition magazine The New Times, also suffered shutdowns on Sunday, but the cause was not immediately clear.

The online radio belonging to business daily Kommersant -- which had asked listeners to post any voting violations they had witnessed -- was also down on Sunday.

A site frequented by nationalists, who planned to demonstrate in central Moscow on Sunday, was also down.

Though he is by far Russia's most popular politician, opinion polls suggest some Russians have grown wary of Putin and his overarching domination of national politics.