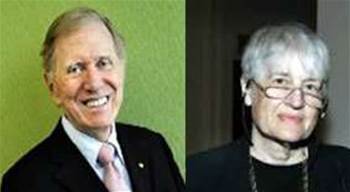 Kirby and Evatt will replace founding patron Zelman Cowen, who passed away in December last year.

Evatt is already on a 16-member advisory panel for the APF but it is the first entry for Kirby at the non-government organisation, which is active on a wide range of privacy issues including telecommunications and the internet.

"The support of such a highly diverse group of people of high standing in Australian society confirms the importance of the APF's work in influencing governments, parliaments and corporations", said Roger Clarke, the foundation's board chairman.

Kirby, a former High Court justice, has campaigned for citizen privacy since the late 1970s. He said he believed the law, by itself, cannot cope with the harm being inflicted by unthinking applications of technology.

“Technology and technologists must also be enlisted to help protect privacy”, he said.

Co-patron Evatt, formerly a Chief Justice of the Family Court, said she saw respect for individuals' personal space and relationships as being a pivotal element of human rights more generally.

The APF is celebrating the 25th anniversary of its formation this month.