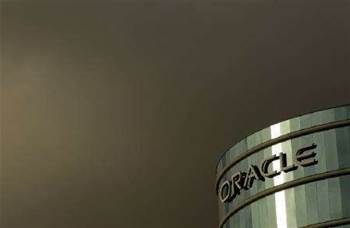 A US judge slashed over $US1 billion from Oracle's $US1.3 billion jury verdict against SAP, paving the way for a possible new trial in a years-long copyright infringement dispute.

In a ruling released on Thursday, US District Judge Phyllis Hamilton found that Oracle had proven actual damages of only $US272 million. She called for a new trial unless Oracle agreed to accept that amount.

"We believe the jury got it right and we intend to pursue the full measure of damages that we believe are owed to Oracle," Hellinger said.

"The award of hypothetical license damages totalling $US1.3 billion was contrary to the weight of the evidence and was grossly excessive," Hamilton said in her ruling.

"The court grants the motion for a new trial as to actual damages" should Oracle reject the $US272 million figure.

SAP spokesman Jim Dever said the company is "very gratified" by the decision as it believed the verdict was wrong.

"We hope the court's action will help drive this matter to a final resolution," Dever said.

"Oracle still got a huge dollar amount in a copyright case, it still knocked TomorrowNow out of the marketplace, and it still got all the glory of having shined a negative spotlight on SAP," Goldman said.

Either Oracle and SAP could still appeal Hamilton's ruling, or they could settle, Goldman said.

SAP's lawyers accused Ellison of plucking damages numbers "out of the air."