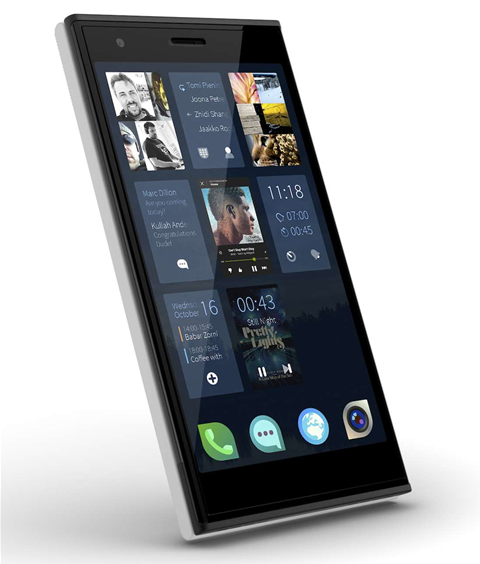 The Sailfish license is yet to be specified. Jolla initiated the Sailfish Alliance to build a developer and operator ecosystem with revenue sharing but so far has only stated that "the operating system will be licensed under an open source licensing model that encourages and facilitates community participation."

In terms of hardware, Jolla is built around a mid-range Qualcomm Snapdragon 400 chips set with a 1.4GHz dual-core processor and Adreno 305 graphics. These are supported by 1GB of system RAM and the device has 16GB of storage, expandable to 64GB with a micro-SD card.

The IPS capacitive screen is 4.5" in size and features five-finger multi-touch as well as Corning's Gorilla Glass 2, and has 960 x 540 pixel resolution. 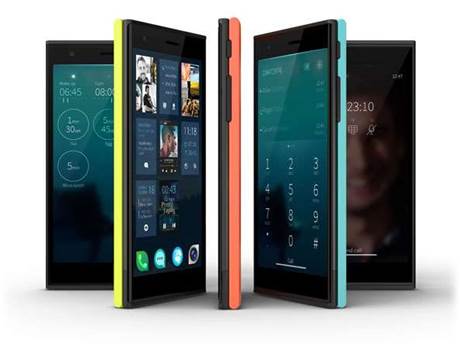 Two cameras are included — a two-megapixel and an eight-megapixel front and rear-facing unit respectively.

However, Jolla faces an uphill struggle, launching in a mature market dominated by Apple and Google, though the devices will be able to run a range of existing Android apps.

Android apps run on the Sailfish operating system through the Alien Dalvik process virtual machine. This means Jolla is able to launch with access to popular Android social media apps such as Twitter, Facebook and Foursquare, as well as IP communications ones such as Skype and Viber.

The apps will be available from the Russian Yandex Store, which presently claims to have 85,000 apps.

Jolla devices are priced at 399 euro (A$597) but the company has yet to announce country availability for the smartphone. The device is said to work with mobile operators' network on six continents, however, and DNA said it sold 450 pre-booked Jolla devices at the launch event.