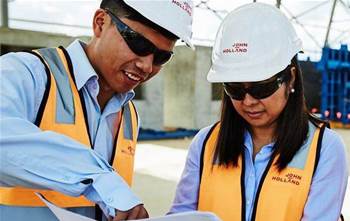 Walsh indicated in a LinkedIn post on Wednesday his intention to leave, and his plans to leave were confirmed by iTnews.

It is understood that head of ICT strategy, architecture and planning, Bastian Uber, will act in the CIO role while a permanent replacement is found.

Walsh said on Linkedin that it was “time to take a little break from work, spend some time with my good friends and family while pondering what to do next.”

“My career experience over 14 years at John Holland has been nothing short of amazing,” he said.

“From running M&A [merger and acquisition] activities, being part of the team selling John Holland, our platforms and systems supporting the largest infrastructure projects in Australia, running engineering teams, to CTO, [and] to CIO of a $5B+ engineering and property company supporting over 7000 users … [it] has been a blast.”

The company has also undergone a major migration of workloads to AWS cloud, which also saw older apps decommissioned.