IT departments still being ignored 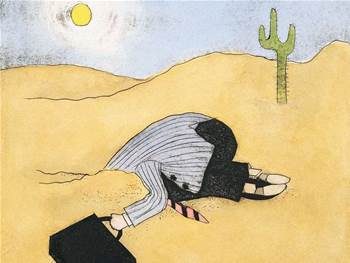 IT departments are much more involved in business decision-making that they were five years ago, according to new research..

However, companies are still not listening to the needs and advice of their IT departments, increasing the risk of financially crippling issues like data loss and network downtime.

Today's dependence on technology means that IT service management and the service desk are being raised to boardroom status, and 65 percent of businesses have IT representation at board level compared to 58 percent five years ago.

The report from Hornbill Systems also found a significant increase in IT involvement in business planning, claiming that 56 percent of IT departments are now involved in the process compared to just 31 percent five years ago.

Separate research from CA highlighted an average IT investment growth rate of 4.9 percent in 2009, but most of this is on maintaining and supporting increasingly stretched IT infrastructures.

CA warned that the IT function is "running to a standstill" as very little is being channelled into new skills and innovative technologies to support business growth.

The company also said that strategic decisions that burden the company's network and IT resources are being made by non-IT business professionals at 69 percent of the companies surveyed.

"In the past five years we have seen IT change from an outside function to one that is core to the business," said Patrick Bolger, chief marketing officer at Hornbill Systems.

"Users throughout organisations are dependent on IT to work, which in turn has increased the visibility of systems, problems and the IT teams.

"This dependency has raised the profile and growth of IT as a business function with a real human interface."

However, Colin Bannister, strategy director at CA UK & Ireland, believes that C-level executives, particularly the finance function, should take far greater heed of their IT department and listen to its requirements.
Got a news tip for our journalists? Share it with us anonymously here.
Copyright ©v3.co.uk
Tags:
beingdepartmentsignoreditstillstrategy