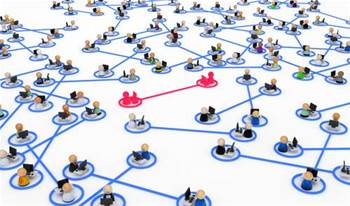 Come sit in my NOC.

Internet service providers have welcomed a proposal by NBN Co to embed staff in the network operations centres (NOCs) of access seekers.

"We want to place our people in customers' NOCs," he said.

"We'd like to put someone out there with you, at least through the bedding-down period, if not for the full term, to get to know you."

ISPs and sub-wholesalers contacted by iTnews were enthusiastic about the proposal.

"Our motivations and those of NBN Co are very much aligned."

Similarly, iiNet chief technology officer Greg Bader told iTnews that iiNet would be integrating the NBN into its operations centre.

"We work closely with NBN [Co] – if they want a look or a play, [we're] more than happy to accommodate them," he said.

"It gives NBN Co an awesome understanding of the operational challenges faced by their customers, and it also gives us, the customer, simple access to the right people inside what will be a very large organisation," Hooton said.

"If you think about the scale of investment that anyone who's going to be directly interconnecting with NBN is going to be making, this makes a lot of sense.

"In a game where a day waiting can cost hundreds of thousands of dollars, I think it's the most practical possible way a brand new organisation like NBN Co can serve their new and prospective customers."

The plan would also have benefits for NBN Co: "If those [NBN Co] people come back into [our] NSOC, they will know all about how your operations work and how to best assist you."

NBN Co was also exploring a kind of reciprocal plan to put NBN-trained staff out into the wider expanse of the industry.

Saunders said he was keen to attract graduates into NBN Co's operations "for a good two years, train them well and assist them into moving into the access seeker environment."

"Then we'll have 'friendlies' externally," he said. "We're trying to build an industry from the ground up."