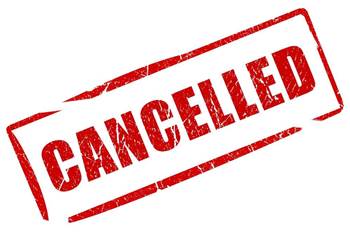 Australia's internet service providers have been blindsided by claims from Village Roadshow that a draft industry code for copyright infringement has been ditched after the cost of operating the scheme was found to be too high.

"We reached the conclusion after having an independent audit firm evaluate the cost of sending out the notices, and we concluded that it was too much of an imposition to ask the ISPs, and also from our own point of view, the amount it would cost,"  Burke told CNET.

"So we decided not to push it forward."

But internet service providers say this is the first time they've heard the process is over.

They said while negotiations had stalled since late last year, rights holders had not indicated any intention to pull out of talks.

"To date we have had no formal indication from rights holders that they wish to discontinue the efforts to finalise the commercial arrangements that would underpin the copyright notice scheme code.

"It is true that there have not been any substantive negotiations between rights holders and ISPs on this issue since late 2015.”

The Communications Alliance handed the ACMA its draft version of the graduated warning scheme last April.

But the April document did not cover the heated issue of who bears the cost of the scheme - a problem that had also broken down similar talks in 2012.

The unresolved cost issue meant the code was never registered by the ACMA, and missed the September 1 draft date specificed for the scheme's commencement.

The parties had been able to come to agreement on cost allocation for five out of six cost issues, but the problem of who would pay for the processing of notices could not be agreed upon.

They enlisted PriceWaterhouseCoopers last year to conduct an independent assessment of how much the scheme would likely cost ISPs, which found the cost would be closer to ISP estimates of $27 per IP address rather than rights holders' estimates of $6.

The code would have applied to around 70 of Australia's biggest internet service providers, or all ISPs that provide residential fixed internet services to more than 1000 account holders.

It remains to be seen how the government will respond to the decision to shelve the draft code.

It had threatened in late 2014 to legislate a code should ISPs and rights holders not come to agreement on an industry scheme within four months, following pressure from rights holders.

The apparent cancellation of the piracy scheme comes as Village Roadshow and Foxtel launch their first bids for court orders to require ISPs to block certain websites under new website-blocking legislation.

Village Roadshow today revealed it would lead action in a court to force Telstra to block the SolarMovie website which offers free streaming of movies and TV shows like Game of Thrones.

Foxtel will similarly apply for popular piracy site The Pirate Bay to be blocked.

It will be the first action taken under the new laws.