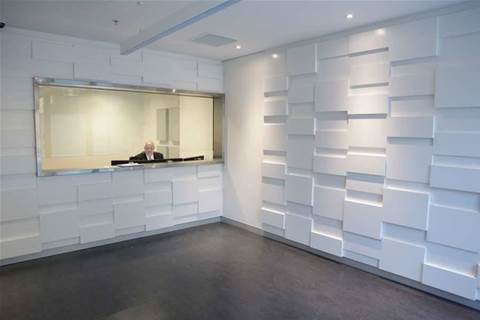 The 730-square-metre data hall, built to Tier III standards, is iseek's first outside of Brisbane. It has the capacity to house 300 racks, consuming a total of 1 MW at a target power utilisation efficiency rating of 1.4.

iseek has been fitting out the facility since January, after its Singaporean partner Securus Fund bought the three-storey, 20 MW building for $60 million in December.

Securus — a majority owner of one of iseek's Brisbane data centres — leased one-and-a-half floors to the ASX under a long-term, $33.9 million agreement.

It spent $29.9 million to fit out the remaining one-and-a-half floors as four separate data halls, of which the second largest was leased to iseek.

iseek managing director Jason Gomersall declined to disclose the cost of its data hall, which was designed to echo the specifications of its larger Brisbane Export Park facility.

He said iseek aimed to become the primary data centre provider for customers with “two or three or five racks in a computer room or broom closet”, who would benefit from Gore Hill’s physical proximity to the Sydney CBD.

To date, he said, iseek had sold 35 to 40 percent of its space, with the first customer likely to go online next month and the others by Christmas.

The ASX has offered co-location services from its half of the building since February, and reported hosting 76 customer racks as of June 30.

The exchange operated its half of the building independantly, on separate infrastructure.

"There is no impact of iseek running its data centre from the same location," an ASX spokeswoman said.

“The pipeline at the moment looks very strong,” he said.

“We’re certainly talking all the way from the international majors to the smaller and mid-tier local players. The facility owner [Securus] has come up with a very high-end product that caters to the premium end of the market.”

In June last year, Gomersall told iTnews that iseek planned to spend $83.5 million to build a $3.5 million data centre in Woollongabba, Brisbane, and an additional $80 million facility in Export Park.

He said the latter expansion had been put on ice while it established the Sydney facility — plans for which were “not even on the horizon” 12 months ago.

“A very good opportunity came along,” he explained.

“It’s a fantastic asset; that facility matches the offering that we’d like to take to market.

“That Brisbane expansion is still very much on the horizon, as is Sydney. Our timing for Brisbane would be later this year, early next year. We’ve got the land and we’re designing for it now.

“Sydney, I think we’d be able to expand mid-next year, based on our current pipeline and uptake. We are having discussions [with Securus] around that.”