iPad jailbroken in less than a day 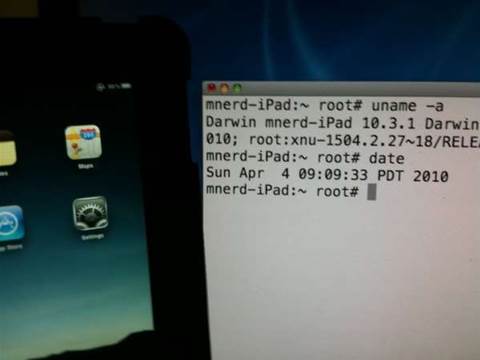 Apple's iPad is selling well but hackers have been busy and the iPad has already been jailbroken, according to postings online.

Yesterday Twitter user MuscleNerd posted a video and picture of what appears to be a jailbroken iPad, credited to hacker Comex. Comex is a member of the iPhone Dev team, who have also said that a jailbreak is possible but have yet to release it.

Both attacks appear to depend on the use of a variant of the Spirit application that is used to crack iPhones.

Apple is playing a continuing game of cat and mouse with those who seek to use their own software on the devices. In the past updates have rendered devices useless and it bans some users from its App Store.

Got a news tip for our journalists? Share it with us anonymously here.
Copyright ©v3.co.uk
Tags:
comex devices hardware ipad jailbroken posted security software video
In Partnership With
By Iain Thomson
Apr 6 2010
3:05PM