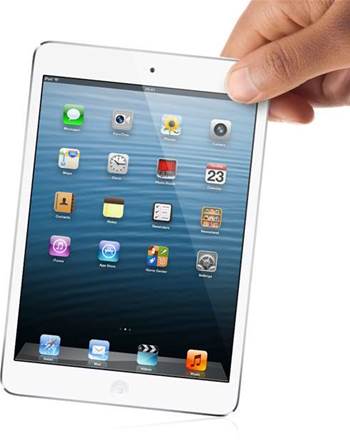 Apple's latest update for its mobile operation system can brick iPad 2 tablets, according to users complaining of an unusable device after upgrading to iOS 9.3.

iPad 2 owners have flooded forums including Apple's support board reporting iPad 2 tablets failing to activate after the iOS 9.3 upgrade is installed.

The error message: "cannot activate because the activation server is temporarily not available" appears on affected devices.

Users report that even hitting the "try again" button accompanying the error message has no impact.

Apple has been contacted for detail.

Some users say they have been able to factory reset their devices through iTunes to revert back to their former version of iOS through iCloud, however others said the workaround didn't fix the problem on their device.

The iPad 2, Apple's second-generation tablet, was released in March 2011.

Apple pushed out iOS 9.3 earlier this week at the same time as it unveiled smaller versions of its iPhone and iPad Pro devices.

The new version of the mobile operating system touted a number of enhanced and new features, such as the sleep-saving Night Shift feature, as well as a large amount of security fixes.

The iPad 2 bricking problems are remnant of similar issues with Apple's iOS 9 update last year, when devices became stuck on the "slide to update" screen. The bug was later updated with a new version of iOS.

Update: Apple directed users to a support page advising of steps to take when their device cannot be activated.

After checking the correct Apple ID information is being entered, Apple advised users to connect their phones to iTunes through their computer and attempt to activate through the software.