Internet could face meltdown by 2010 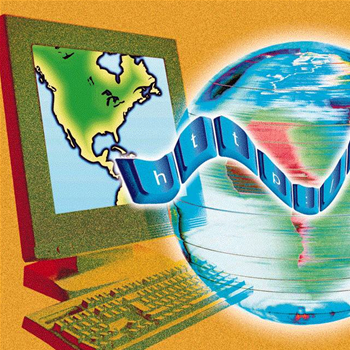 The internet could suffer drastic slowdown by 2010 as the sheer scale of data carried exceeds the ability of the network to handle it.

Analyst house Nemertes Research Group has spent the last year analysing both data flows over the internet and the core infrastructure that carries it and concluded that in three to five years serious bottlenecks will occur.

"Our findings indicate that although core fiber and switching/routing resources will scale nicely to support virtually any conceivable user demand, internet access infrastructure, specifically in North America, will likely cease to be adequate for supporting demand within the next three to five years," reads the report, 'The internet singularity, delayed.'

"We estimate the financial investment required by access providers to “bridge the gap” between demand and capacity ranges from $42bn to $55bn, or roughly 60 – 70 per cent more than service providers currently plan to invest."

The authors do not envisage the internet would actually fail to operate, but that access times and bandwidth constraints would fall to such levels that innovation will be seriously hampered. The next generation of YouTube, for example, would not be possible in this scenario.

Ecommerce will also be hit hard. Access times will be erratic and customers will be turned off by internet sites, and less able to make purchases.

Business will suffer much less, since most businesses have access to fast network connections, or fat pipes, that are unavailable to consumers.

"Consumers are often not able to purchase such “fat pipes”—at any price. Thus, an additional effect of the bandwidth crunch at the edges would be to increase the gap between the “haves” (chiefly businesses) and the “have-nots” (chiefly consumers)," the report finds.

The report echoes earlier warnings by the man who lead the team that built the internet's predecessor ARPANET, Dr. Larry Roberts. He said last month that unless serious technological advances were achieved in networking then the internet was in trouble.

Got a news tip for our journalists? Share it with us anonymously here.
Copyright ©v3.co.uk
Tags:
2010bycouldfaceinternetmeltdowntelco/isp