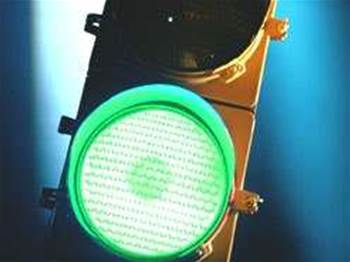 Data centre operator Interactive has found a way to sell customers a service that uses green energy -- by absorbing the substantial 45 percent cost increase themselves.

The company has purchased a block of ‘green energy’ from AGL in a bid to power the business in a more environmentally sustainable way.

However, it hasn’t been able to escape one of the biggest problems with green technology and services – that while customers seem happy to pay it lip service, few are willing to pay the actual costs.

“For a standard two kilowatt rack, the actual premium increase is around 15 to 20 percent. However, existing customers won’t experience an increase in price [for the service].”

Durkin said new customers, however, would be slugged the extra costs of Interactive switching to green power.

The company claims one of its differentiators is that it sells rack space inclusive of power, on a per kilowatt pricing structure.

“At the end of the day our customers and the market will determine if the solution is viable or not.”

For this reason, Durkin denied Interactive was able to absorb much of the additional costs because it was operating with inflated margins.

He also claimed that the Board was behind the decision to transition to green power despite the fact absorbing the costs will likely impact profitability, at least in the short term.

“Yes, we’re a profitable business but the market determines what we can sell for,” said Durkin.

Interactive also claimed to be conducting a feasibility analysis for co-generation, but going down that path would depend entirely on whether it was cost-effective, added Durkin.

The company has data centres in Sydney, Melbourne and Brisbane.
Got a news tip for our journalists? Share it with us anonymously here.