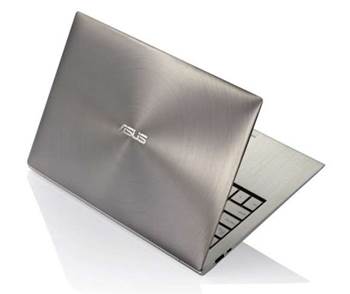 Intel says the new system will run 40 percent of all consumer laptops by 2012.

Intel has put a name on a new kind of computing system, a super thin and light machine type known as an 'Ultrabook.'

These “no-compromise computers” will make up 40 per cent of the consumer laptop market by the end of 2012, Intel’s executive vice president Sean Maloney said at the Computex trade show.

Despite hazy details from Intel on specifications, Ultrabooks will be fast, lightweight, thin notebooks, which look set to challenge the likes of Apple's MacBook Air.

Ultrabooks will bring together the capabilities of modern laptops with some tablet-like features, the chip maker said.

Intel will be making alterations to its processor roadmap in order to incorporate this supposed new form factor.

“Computing is taking many forms,” Maloney said. “Technology innovation is a catalyst, and we believe the changes Intel is making to its roadmaps, together with strong industry collaboration, will bring about an exciting change in personal computing over the next few years.”

The latest 2nd Generation Intel Core processors have been created with the Ultrabook in mind. Systems based on these chips will be released in time for Christmas, and will include the UX21 Asus Ultrabook.

“At Asus, we are very much aligned with Intel’s vision of Ultrabook,” said Asus chairman Jonney Shih.

“Our customers are demanding an uncompromised computing experience in a lightweight, highly portable design that responds to their needs quickly. Transforming the PC into an ultra thin, ultra responsive device will change the way people interact with their PC.”

The upcoming Ivy Bridge processors will be the second step in the move to Ultrabook adoption, followed by the 2013 chips, currently code-named Haswell.

“The work Intel is doing with the Intel Atom processor roadmap, coupled with the significant changes we are making to our Intel Core processor roadmaps, will continue to enhance Intel’s ability to deliver complete hardware solutions with a choice of software platforms across a full spectrum of computing - from back-end servers that power the cloud to the billions of devices that access the cloud,” Maloney added.

Intel will be hoping it can dominate the Ultrabook market, if one emerges, given rival ARM has become the dominant processor force in the smartphone and tablet spaces.

Maloney was still bullish about Intel’s performance in the tablet market, however, showing off 10 models based on the Intel Atom processor Z670.

Intel wants to see its Medfield 32nm platform introduced in future tablets, showcasing the design running Google Android 3.0 for the first time. Medfield will go into production later this year, with devices featuring the chips expected in the first half of 2012.

Got a news tip for our journalists? Share it with us anonymously here.
Copyright © ITPro, Dennis Publishing
Tags:
hardwareintelultrabook