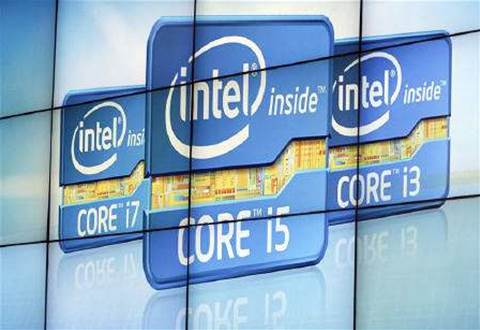 Two Linux software groups have joined forces, they said on Wednesday, to develop a new operating system for mobile phones and other devices in an effort led by Intel and Samsung Electronics.

Under the deal, the LiMo Foundation and Linux Foundation are effectively merging their LiMo and Meego mobile operating systems and hope to gain wider industry and consumer support, but analysts said the new Tizen platform is likely to struggle.

It would have to attract wide support from developers and manufacturers to compete with the dozen or so other mobile operating systems available in a smartphone market currently dominated by Apple's in-house software and Google's Linux-based Android.

"The best hope for them is that big operators get worried by Android ... and decide to consciously switch their allegiances to rival platforms to restrict Google's huge influence over the mobile market," said analyst Neil Mawston from Strategy Analytics.

Earlier this year Nokia, the biggest phone maker by volume, ditched its own Symbian operating system this year in favour of Microsoft's Windows Phone software.

Currently Windows Phone has a smartphone market share of 2-3 percent, according to industry analysts, and LiMo and Meego have less than 1 percent apiece, while Android's share is almost 50 percent and still growing.

"This (Tizen) is driven by necessity. Linux rivals to Android have failed to gain traction and Samsung needs to reduce its dependence on Google," said Geoff Blaber, an analyst at London-based telecoms industry consultancy CCS Insight.

The world's second-biggest cellphone maker behind Nokia, Samsung is the leading user of the Android platform, which has been one of the reasons for its escalating court-room fight over patents with Apple.

Also, some other makers of Android-operated phones have begun to look at alternatives since Google agreed to buy Motorola Mobility last month for $12.5 billion.

"Samsung might be further tempted to try a new system as Google's acquisition of Motorola Mobility raised uncertainty over the future of Android," said Song Jong-ho, an analyst at Daewoo Securities.

A spokesman for Samsung said: "We've been a core Linux partner ... and this is in line with our strategy of supporting many platforms."

The initial release is planned for the first quarter of 2012, enabling the first devices using Tizen to come to market in mid-2012, the two groups said.

The world's largest semiconductor firm Intel and Samsung Electronics, the second biggest maker of cell phones and one of the key contributors to LiMo, will head the technical steering committee developing Tizen.

Earlier this month Intel and Google launched a development partnership to adapt Android for Intel's Atom processor chips, with a view to having the first Anroid phones featuring Intel chips in the first half of next year.

Linux is the most popular type of free, or open-source, computer operating system which allows the public to use, revise and share. Linux suppliers earn money selling improvements and technical services.