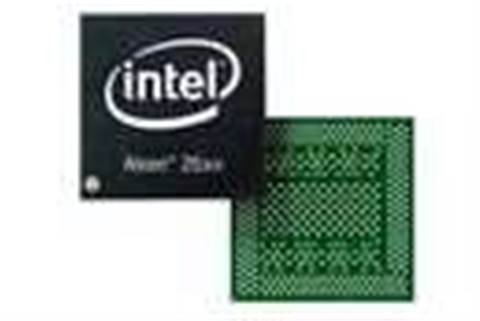 Intel has unveiled its latest Atom processor – the Z670 – designed for the blossoming tablet market.

Previously code-named ‘Oak Trail,’ the long-rumoured chip will begin shipping in devices from May, with over 35 manufacturers already signed up to incorporate it into their tablets.

Doug Davis, vice president and general manager of the netbook and tablet group at Intel, said: "We are accelerating the Intel Atom product line to now move faster than Moore's law, bringing new products to market on three process technologies in the next three years."

However, Intel will have a fight on its hands to achieve the same dominance it has in other processor markets, as the mobile device space has been run by the likes of ARM.

Those manufacturers looking to Microsoft Windows-based devices will be pleased though. Although the Redmond giants confirmed the next version of its operating system would support ARM chips, current releases are not compatible with the UK firm’s technology.

Intel said it would be compatible with a variety of operating systems, including Windows, Android and MeeGo.

The Z670 claims to use less power whilst still retaining performance thanks to the 45nm high k metal gate technology – reducing the leakage of electrons from the chip, ergo containing and properly distributing the power inside.

It comes with the SM35 Express chipset, which the company again claims will boost performance.