Intel kept US infosec officials in the dark about chip flaws 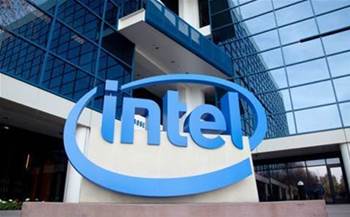 Until after Meltdown and Spectre were made public.

Intel did not inform US cyber security officials of the so-called Meltdown and Spectre chip security flaws until they leaked to the public, six months after Alphabet notified the chipmaker of the problems.

Current and former US government officials have raised concerns that the government was not informed of the flaws before they became public because the flaws potentially held national security implications.

Intel said it did not think the flaws needed to be shared with US authorities as hackers had not exploited the vulnerabilities.

Intel did not tell the United States Computer Emergency Readiness Team, better known as US-CERT, about Meltdown and Spectre until Jan. 3, after reports on them on online technology sites had begun to circulate.

US-CERT, which issues warnings about cyber security problems to the public and private sector, did not respond to a request for comment.

Details of when the chip flaws were disclosed were detailed in letters sent by Intel, Alphabet and Apple on Thursday in response to questions from Representative Greg Walden, an Oregon Republican who chairs the House Energy and Commerce Committee. The letters were seen by Reuters.

Alphabet said that security researchers at its Google Project Zero informed chipmakers Intel, AMD and SoftBank-owned ARM Holdings of the problems in June.

It gave the chipmakers 90 days to fix the issues before public disclosing them, standard practice in the cyber security industry intended to give the targets of bugs time to fix them before hackers can take advantage of the flaws.

Alphabet said it left the decision of whether to inform government officials of the security flaws up to the chipmakers, which is its standard practice.

Intel said it did not inform government officials because there was “no indication that any of these vulnerabilities had been exploited by malicious actors,” according to its letter.

Intel also said it did not perform an analysis of whether the flaws might harm critical infrastructure because it did not think it could affect industrial control systems.

But Intel said that it did inform other technology companies that use its chips of the issue, according to its letter.

Intel, Alphabet and Apple could not immediately be reached for comment.

Microsoft said that it did inform several antivirus software makers about the flaws “several weeks” ahead of their public disclosure to give them time to avoid compatibility issues.

AMD said that Alphabet extended the disclosure deadline from the standard 90 days twice, first to January 3, then to January 9.