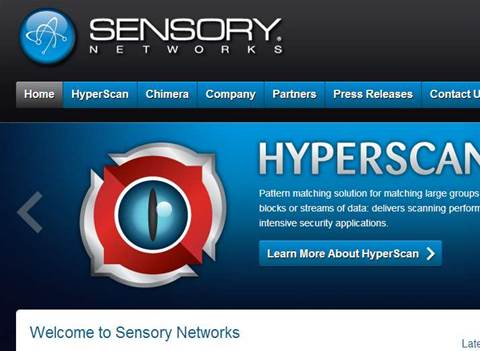 Deal to help sell to Cisco.

It turned its focus from hardware to software in 2009 and offers regex pattern matching solutions HyperScan and Chimera that work with intrusion detection, anti-malware and deep packet inspection systems.

"It is a great outcome for the team," Barrie told SC. "With Intel behind us, it will help us get into the Tier one space ... it is something you need when you try to sell to Cisco."

He said the "bleeding edge" technology competed with the likes of New Zealand's Endace.

Sensory Networks raised some $30 million in venture capital over its years in operation which points to losses for some stakeholders.

Delling Advisory director Nick Ellsmore said some of the best staff he hired at then penetration testing company SIFT were from Sensory Networks.

"From the outside looking at this transaction, Sensory Networks looks to be both a success story for Australian infosec engineering, and also a warning about the difficulty involved in turning technology innovations - regardless of how good they are - into a commercial success," Ellsmore told SC.

The company headquarters will be located at its research and development facility in Sydney.