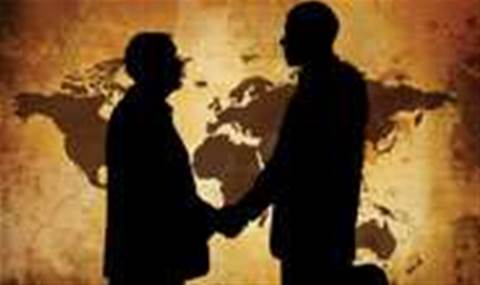 Intel and Nokia have announced a partnership to develop new mobile platforms that look beyond today's smartphones, laptops and netbooks.

In an echo of the buzz around mobile internet devices a couple of years ago, the two firms said today that they intend to collaborate more closely to develop a new class of mobile computing device based on the Intel architecture, combining PC-like performance with high-bandwidth mobile internet connectivity.

As part of the partnership, Nokia and Intel will collaborate on several open-source mobile Linux software projects, while Intel will acquire a licence for Nokia's 3G/HSPA modem technology for use in future products.

"Computing and communications have been on a steady path of convergence for several years, leading to devices with a powerful compute capability as well as a full internet experience in your pocket," said Anand Chandrasekher, vice president of Intel's Ultra Mobility Group.

The news fell somewhat short of the predictions of many observers, who had expected to hear that Nokia was about to start using Intel's Atom chips in some of its mobile products.

Instead, the two companies had few concrete details to disclose, and declined to discuss what kind of devices the initiative might produce, or even when we might expect to see them.

"Today, we're announcing the technology collaboration. We will talk about products when we're ready to," said Chandrasekher.

However, Nokia executive vice president Kai Öistämö said that the collaboration will "leverage each company's expertise to explore new concepts in shapes, sizes and formats".

As part of the collaboration, Intel and Nokia will co-ordinate their open-source development efforts. Both have a mobile version of Linux - Moblin in Intel's case, and Maemo on Nokia's Internet Tablet devices – and there were hints that the development of the two might be converged.

Another significant part of the announcement is that Intel will have a licence to use Nokia's 3G/HSPA technology, which Chandrasekher said will complement Wi-Fi and WiMax in Intel products.

"This licence will allow Intel to extend our chipset solutions into the future," he said.

Got a news tip for our journalists? Share it with us anonymously here.
Copyright ©v3.co.uk
Tags:
collaboration devices intel internet mobile nokia technology