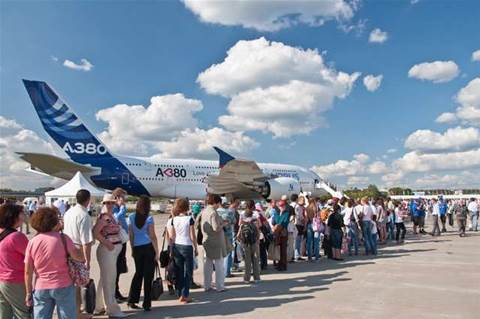 Flights in and out of the airport were halted for a few minutes from 9am this morning, and were later slowed as a safety precaution. Airservices Australia expects flow-on delays to national air traffic.

Tower crew at Melbourne Airport were forced to resort to manual paper-based systems while the issue was addressed.

It was attributed to a "data fault" which has since been fixed, a spokesperson said. It was isolated to the Melbourne Airport control tower.

The system was reset and will be monitored throughout the afternoon, the spokesperson said.

Airservices commissioned the rollout of INTAS - based on Nav Canada technology and deployed by Saab Sensis - in February, first to Broome and Rockhampton airports, and later in the year to Melbourne and Adelaide.

The suite of air traffic control tools was modified to Airservices’ specifications and introduced to replace manual processes under Airservices’ multi-million dollar national towers program. INTAS will progressively be rolled out to remaining towers.