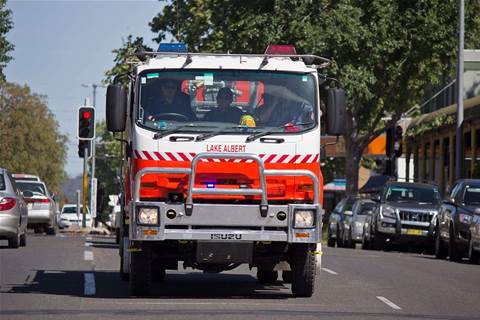 Within two years, the largest volunteer fire brigade in the world, the NSW Rural Fire Service, expects to have moved 50 percent of its systems into the public cloud.

It's part of a deliberate strategy that is now in play following the agency's recent successes with early public cloud deployments.

The organisation manages over 74,000 volunteer firefighters - who look after everything from bush and house fires to search and rescue - and over 820 staff. NSW RFS members attended more than 23,000 incidents across the state in 2014-15.

But looking after all those members is an IT team of only around 40 staff.

Despite its size, the IT division has historically preferred to use commercial off the shelf applications but builds its systems and applications in house if needed, and hosts them with either a provider partner or on premise.

The seeds of change were sown around five years ago when the RFS built its Fires Near Me iPhone and Android mobile application and web page.

The application displays all grass and bush fires that are attended by fire services at any one time in NSW. Users can click on the icons to learn more about a particular incident and access up to date information on a fire's status.

It marked the fire time NSW RFS deployed into the public cloud, in this case with Amazon Web Services.

"We didn't know what sort of loads we were going to get," IT manager Ashley Van Amstel told iTnews.

"We weren't game to build something in-house when we didn't know what the user base would be. During the October 2013 bushfires in the Blue Mountains, we were getting 219,000 searches per hour on the app. It was reliable, redundant, scalable and elastic.

"The success of that is why we decided to keep going with the cloud."

But the agency didn't dive in head first. For the next two yeas, RFS "dabbled" in AWS, mostly with testing and development, until the state government passed legislation that forced the organisation to act fast.

In 2014, the NSW government introduced the so-called 10/50 laws, which allowed those who lived within 350 metres of a high-risk fire area to cut down trees within 10 metres of their residence without needing a permit.

After the Act was passed, RFS had "about two weeks" to come up with an online tool to allow citizens to check their eligibility to clear vegetation.

"We couldn't even have gotten a server delivered in two weeks," Van Amstel said.

"So we jumped into AWS to spin it up and build it really quickly. We again didn't know what the user base was going to be and we didn't want to host it internally because we didn't know how much capacity we would need."

The HTML5 site allows homeowners to plug in their address and find out if the laws are applicable to their residence.

Soon after that deployment, RFS decided to also move its main public website out of a Telstra-hosted environment and into the AWS cloud to tackle the same capacity and scalability issues.

"It always seems to happen on a Friday," Van Amstel said.

"You literally go from not much happening to huge peaks within a couple of hours. That might last for a few weeks and then it drops right off."

He again cited the example of the October 2013 bushfires, when the site handled 5.7 million visitors and 14.1 million page views between the 13th and 26th of that month.

"It basically went from nothing to that," he said.

The momentum then began to build. Within the last year, RFS shifted its web-based EMOS emergency management operations application - which is used by all NSW public safety agencies - and the SCOPES state common operating picture platform into the public cloud.

EMOS can be used for any emergency such as floods or gas leaks. It displays current incidents to all public safety agencies to aid in the preparation for and response to emergencies across the state.

SCOPES takes feeds from emergency service organisations and plots incidents on a map in real-time to create a national snapshot of all emergencies. Both were written internally by RFS in C# and HTML5.

The fluctuating nature of the data going into the two platforms made them ideal candidates for a public cloud environment.

It is now RFS' deliberate strategy to shift all new systems and applications into the public cloud.

This approach means a yet-to-be released mobile application called Bushfire Prone Land, which will allow citizens to punch in their address when building a new house to find out what they can and can't do from a fire perspective, will go live in AWS before the end of the financial year.

Once that deployment is complete, RFS will turn its attention to migrating its ICON in-house incident management system - module by module - into the public cloud.

"[For] every new project or system or application we need to put out, our strategy is now cloud-first," Van Amstel said.

"We'll review it first to see if it's ok to go in the cloud, and we'll build it in house if not, but pretty much any new development will go into the cloud."

While initial dabbling with public cloud has been with AWS (the agency has around 25 percent of its systems hosted with the cloud provider), RFS is open to other options.

"We're still a big Microsoft shop, and still have Exchange and email in house. We're open to investigating of other clouds," Van Amstel said.

"The main thing for us is the agility and scalability and redundancy. We often need to build systems fairly quickly and you just can't get deliveries that quickly. We also don't know what our user base is going to be."

Bringing the business along for the ride has not been easy, however.

RFS found itself up against the traditional government models of procurement where purchase orders are submitted and the hardware/software is paid on receipt of goods.

Getting RFS finance staff on board with a pay-as-you-go mindset has been a challenge, according to Van Amstel.

"At the start it was hard to explain to finance we were buying something and we don't know how much it would cost," he said.

"It's quite a hard model to get past finance because they want to know how much the final cost will be. That's the biggest issue we've had.

"It's a lot of estimates and calculations and saying 'this is what we think our peaks will be, what our low season will be'. It's a juggling act.

"But now we've had it for a few years they see that it averages out. We don't have the huge capex cost of buying servers, so they're seeing the benefits."

The goal now is to reach a point where 50 percent of RFS' systems are hosted in a public cloud.

The agency's next migrations will be a lot more difficult than those it's done so far - its ICON incident management system and BRIMS proactive backburning platform will need to be overhauled to make them work in a public cloud environment.

"[BRIMS] is a really old system. It's about ten years old and an in-house platform. It's going to need to be completely replaced to be considered for the cloud," Van Amstel said.

"We're looking at an off-the-shelf replacement.

"ICON is an old platform but we've done a lot of work in the past couple of years to make it HTML5 compliant. It has the limitations of being on physical servers, but it's virtualised.

RFS will be a guest of the 2016 AWS Summit, which runs from April 27-28 at the Horden Pavilion in Sydney. iTnews is an exclusive media partner of the event.