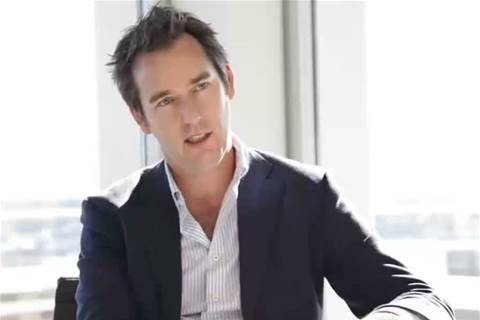 ING Direct Australia CIO Andrew Henderson has been promoted into a global role, handed the keys to the IT infrastructure underpinning the bank's US$150 billion-a-year business.

Henderson, a finalist in last year's iTnews Benchmark Awards, has been tasked with bringing new ideas to ING’s head office in Amsterdam after close to four years as CIO of its Australian retail banking operations.

The new role begins September 1 and reports into ING’s recently-appointed Global CIO, Ron van Kemenade. ING is the world’s 18th largest corporation by revenue, earning US$6.5 billion on over US$150 billion of total receipts.

Under his new role, Henderson will be responsible for everything from core data centre technology through to security, monitoring and management of the bank’s global IT infrastructure and engagement with managed service providers. The role encompasses most enterprise IT considerations outside of application architecture.

“This is recognition and an endorsement for the work we’ve done in our own data centre,” Henderson told iTnews. “The key principles learned here in Australia can be used on a global stage.”

ING Direct’s Australian team adapted virtualisation technology to create a conceptual ‘bank-in-a-box’, a means of replicating a bank’s entire systems in a matter of minutes for rapid test and dev. In recent months, the team has been tasked with bringing some of that agility to its production systems – a project that has no doubt been watched with interest from head office.

While proud of these innovations, Henderson applauded his team for taking pride in getting the basics right.

“Our availability numbers have gone up tremendously," he said. "Our customers are nowhere near as affected by technology [outages] as they would have been three and a half years ago. The stability and the credibility of the bank are there – that’s the basis from which you can begin to deliver for customers.”

While there is “still some hard work to do”, Henderson said the Australian team had a renewed “confidence and pride in being good at IT.”

“We’re proud of the stability in operational areas of the bank and proud of our innovations. We’ve got a lot to celebrate and have managed to get a great deal of competitive advantage out of technology.”

Henderson has worked for ING in Europe before – charged in 2007 with building a bank from scratch in the Ukraine. Starting with only three young staff, Henderson built a modern retail bank, data centre, applications, business processes and a lightweight branch network in a little over 12 months. Unfortunately, the Ukraine experiment succumbed to the global financial crisis.

Henderson said he approaches Europe with “eyes wide open” as to the level of energy he’ll need to throw at a market with dampened business confidence.

“Times are tough in Europe,” he said, “and unfortunately that can reinforce the natural conservatism we have in the IT sector. It’s a talented team up there and I fear that the financial climate might hold some of them back.

“The challenge for me is to open up space in the change agenda. We must not be afraid of the challenges ahead. There are big returns to be gained without putting the bank or our customers at risk.”

No decision has been made on Henderson’s successor.