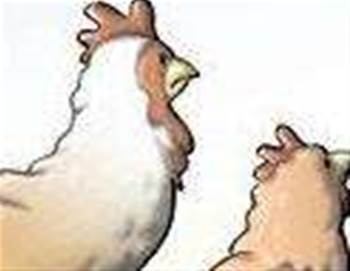 The Australian government will partially fund the deployment of web and USB stick-based versions of a veterinary reporting system to track and report bird flu outbreaks in Indonesia.

In a further stage it is intended Mitrais will also produce a USB memory stick version of the application, called InfoLab Lite, which can be used with any computer.

This will allow any of the Indonesian District agricultural offices - of which there are 440, many without Internet access - to upload standardised data from internet cafes, for an integrated country-wide view of bird flu or Asian Influenza (AI) which is now said to be ‘endemic’, the company said.

The solution is currently in user acceptance testing.

It is envisaged that it will become the national system for AI reporting for Indonesian veterinary labs in June this year.

AAHL commissioned Mitrais to develop a reporting engine for the InfoLab Plus application, using Crystal Reports, and to adapt it to Indonesian conditions.

The solution will replace a Microsoft Access reporting system, known as InfoLab, which ‘operated in a standalone environment, did not use standardised reporting and required manual editing of data to achieve consistency’, according to AAHL project manager Dr. Peter Durr

AAHL, based in Geelong, is a World Organisation for Animal Health reference laboratory for AI. As such it has a major role in providing diagnostic support for national veterinary laboratories in the region, said Durr.

Funding for the reporting system and the supporting IT infrastructure for Indonesia has been supplied principally by the Australian Government Overseas Aid Program – AusAID – through its Public Sector Linkage Program, with additional funding from the Food and Agricultural Organisation (FAO) of the United Nations, said Mitrais.

Its implementation comes five years after bird flu caused the deaths of more than 114 Indonesians who came into contact with infected poultry.
Got a news tip for our journalists? Share it with us anonymously here.