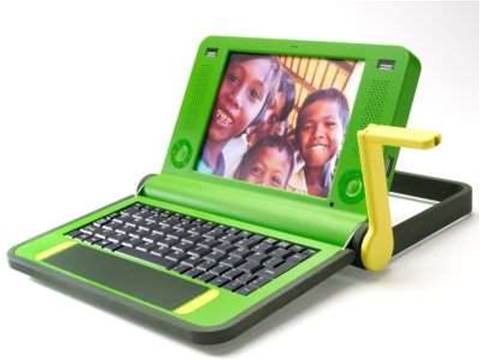 The Federal Government has devoted $11.7 million in the 2012-2013 Budget toward providing 50,000 laptops to indigenous primary school students under the One Laptop Per Child Program.

The Government funding will provide the majority of the $20 million funding required to deliver the laptops, at a cost of $400 each, under a 12-month pilot of the program.

According to budget documents last night, the program aims to provide a "sustainable training and support program" to eligible schools, with funds going toward developing the skills of IT coordinators at up to 2000 participating schools, repair kits for the laptops and access to ongoing support.

The remainder of the funding would be sourced from current OLPC partners Telstra, the Commonwealth Bank and News Limited along with several new partners the program's local chief executive Rangan Srikhanta intends to sign on in coming weeks.

Schools are then offered the laptops at a heavily discounted rate.

The low-cost, custom-built laptops - which can cost as little as $185 per unit - are part of a global scheme aiming to provide computer access to the disadvantaged. It has delivered 2.4 million laptops to countries worldwide since 2007, with a third significant iteration of the device underway.

Unlike the global program, however, Australian schools will receive more than just the laptop. Instead, Srikhanta said each laptop would be accompanied by an educational support program providing lesson plans to better utilise the devices.

The 'One Education' initiative, launched at the beginning of the month in Australia, aimed to address those who questioned the global program's effectiveness in improving education outcomes for disadvantaged children.

A recent study of an OLPC rollout to 21,000 students in Peru found those using the laptops did not show any significant increase in mathematics or language ability over those who did not.

The study noted that "the use of technologies in education is not a magic and rapid solution through which educational problems and challenges can be solved with the simple acquisition of technological devices and systems".

Srikhanta said he agreed with that notion.

"It's a criticism applicable to any device that's being used in schools through technology," he told iTnews.

"Our belief is, in fact, you have to adopt any type of technology - even the written word - at organic rates. Getting [teachers] to do training online is a really good way of actually providing an introduction period to people of the technology, to mull over how this will apply to their classrooms."

Under the One Education program, students are qualified to repair their own and each others' laptops as an 'XO Mechanic' or offer technical and software support to others, as an 'XO Champion'.

The qualification is combined with some of the hundreds of user plans Srikhanta said the organisation had collated from teachers undertaking training ahead of a full laptop rollout.

"We found that when you actually start giving ownership to people on the ground and you make professional development a pre-requisite to the technology department, that's actually been a success factor," he said.

Though the organisation intends to open the program to all schools at some point, Government founding would be targeted at those in indigenous communities as well as schools deemed to require assistance.

However, primary school students under the OLPC program will receive significantly less than the $2500 the Federal Government devoted to each laptop provided to high school students in years 9 to 12 as part of its wider, $2.4 billion Digital Education Revolution.

The DER program reached a ratio of one computer per target student at the beginning of 2012. Funding for the DER was cut by $24.4 million last financial year, which is thought to have paid for the OLPC program announced last night.

The high school computer fund also targeted 33,500 indigenous students, according to the department.

The education department did not answer questions at time of writing as to the nature of funding after the 12-month trial.