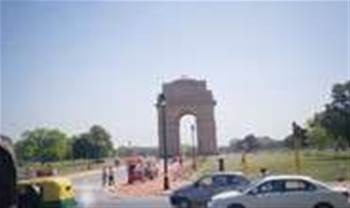 The ban comes over fears that the Chinese intelligence services could be embedding malware in networking equipment and using it to monitor phone conversations and possibly bring down the network. In addition, installation and operation of the Indian mobile backbone must be carried out by local engineering according to the new rules.

"All service providers have to submit details of the equipment used, and their applications will have to get security clearance from the home ministry," Satyendra Prakash, a telecommunications ministry spokesman, told Associated Press.

Last week it was reported that Chinese hackers had successfully infiltrated government systems and the two countries are increasingly taking protectionist measures to safeguard home enterprises.

The move will be good news for US and European suppliers but are signs of a worrying trade war developing between India and China over the booming technology sector. The number of mobile phone users in India is expected to double by 2014 to over a billion people.

This is not the first time the Indian government has acted against Chinese technology. Last year handsets from China that didn’t have IMEA identification numbers were banned in India.

Got a news tip for our journalists? Share it with us anonymously here.
Copyright ©v3.co.uk
Tags:
chinesefearsgovernmentindiaindianmobilesecurity