Inabox sold to MNF Group for up to $33.5 million 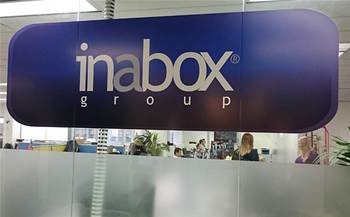 MNF Group has revealed a deal to acquire Inabox's remaining businesses for up to $33.5 million.

The deal will see Inabox sell all of its operating subsidiaries to MNF, including its indirect wholesale telecommunications business and its enablement services business, along with the Telcoinabox, iVox, Neural Networks, Mobile Services Solutions and Symmetry Networks brands.

The price tag consists of $30.5 million in cash, payable once the acquisition is completed, plus earn out bonuses of up to $3 million.

Inabox started carving up its different businesses units in August 2018 when it sold its direct business to 5G Networks for $5.7 million. The direct business, which sold managed IT, hosting and communications, accounted for nearly half of Inabox's $100 million revenue in the 2018 financial year, but was dragging down the company's profitability and cash flow after struggling to grow.

Issues with the direct business started showing up in November last year when Inabox was forced to cut 10 percent of staff after a poor performance from Hostworks, the hosting provider it had acquired nine months prior, severely impacted revenue and profitability.

The indirect business, on the other hand, is Inabox's largest source of revenue, bringing in $45 million last financial year offering wholesale telco services to the channel. The enablement business made $7.9 million in revenue by selling networks, systems, operational support, billing services and software development to large retail partners.

Inabox's directors unanimously recommended the acquisition to shareholders, who are likely to receive in excess of 80 cents for each of their shares, representing a 70 percent premium on the three-month volume weighted average price of 47 cents. Inabox's shares were trading at 50 cents each at the time of writing.

MNF said it planned to bring across all of Inabox's remaining employees with the exception of chief executive Damian Kay and CFO Deborah Zimmer.

"The transaction follows a strategic review by the Inabox board and senior management and over six months of confidential discussions with several interested parties," Kay said.

"The transaction, if completed, offers our shareholders a cash return which represents a significant premium over the recent average market price of our shares. MNF Group is a natural buyer for our indirect business and I am confident that our staff, customers and suppliers will benefit from becoming part of a larger, highly successful company."

MNF expects Inabox to generate $55 million in revenue and $4.2 million in EBITDA next financial year.

"[Inabox] performs a leading role in the Australian wholesale telecommunications market and brings considerable volume and scale to the MNF business," MNF chief executive Rene Sugo said. "The company is also recognised as the leading provider of SaaS enablement services to the industry – strongly complementing the MNF business."

The acquisition is expected to be completed on 30 November, but is still subject to approval from Inabox shareholders at the next general meeting next month.

Got a news tip for our journalists? Share it with us anonymously here.
Copyright © CRN Australia. All rights reserved.
Tags:
damian kayinaboxmnfrene sugotelco/isp