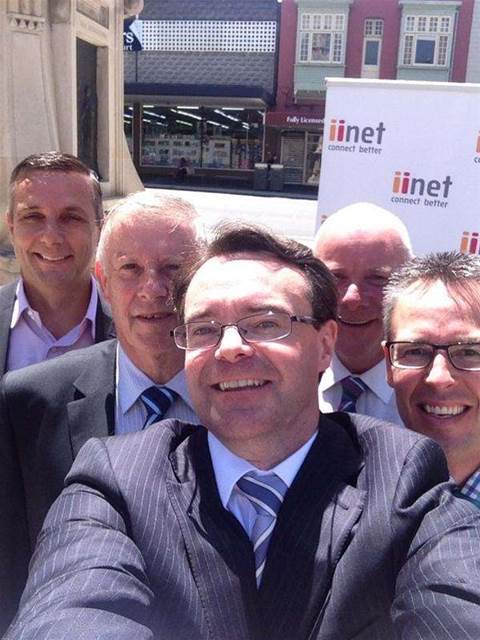 iiNet will build and operate Victoria’s free wi-fi network under a $6.7 million deal with the state government and Melbourne City Council.

The telco pushed go on the first three wi-fi regions - in the Melbourne, Ballarat and Bendigo CBDs - today, adding to the list of cities across the country where the ISP has been contracted to roll out free wi-fi networks under various digital economy-boosting schemes.

It has already won similar jobs in Perth and Canberra, and its subsidiary Internode will do the same for the Adelaide CBD.

The pre-election sweetener was promised by Victorian Premier Denis Napthine in March, as part of a strategy to attract business and tourism to the state.

The $6.7 million grant from the state will pay for the first five years' operation of the 'VicGovFree' network, which will be made up of 1000 wireless access points across the three cities, offering users a free daily quota of up to 250 megabytes.

Coverage will eventually be available at city loop train stations, state parliament, the Queen Victoria Markets and Federation Square, plus a handful of inner city parks. Connectivity will also extend onto Melbourne trams operating the city circle line as well as on Bendigo's tourist tram.

Technology Minister Gordon Rich-Phillips has hailed the service as a digital equaliser.

"It will provide Victorians who don’t have internet access at home or mobile internet with a means of getting online to access information about government services, employment and public transportation,” he said in stamenent.

"The service will not carry advertising, request personal email addresses  or passwords, or collect browsing history,” he added.

iiNet chief business officer Greg Baider staked his claim on the network being “the largest wi-fi deployment in Australia and one of the largest in the world”.

“Public wi-fi is now the new benchmark for modern communities,” he said.