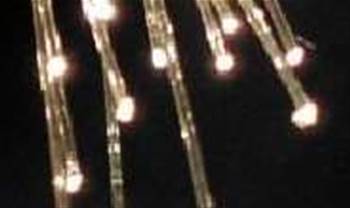 Counts more fibre users in total than the NBN.

ISP iiNet has signed up one in every three fibre customers that are currently connected to the National Broadband Network.

The Perth-based internet provider said in a statement today that it had 2700 customers connected to NBN Co's fibre network.

NBN Co has a total of approximately 8200 fibre customers Australia-wide, according to the latest rollout statistics provided by Communications Minister Stephen Conroy in the Senate yesterday, though he indicated the figure could be revised within days.

Based on the 8200 figure, iiNet has 33 percent of all NBN fibre connections that have been taken up Australia-wide.

iiNet revealed its NBN figure as part of a wider claim that its fibre-to-the-home customer base exceeds the total number of fibre users on the National Broadband Network.

“When it comes to FTTH, we’re using every opportunity to connect as many Australians as we can to the best internet around," he said.

“As well as delivering super-fast broadband to more people than are connected to FTTH through the NBN, we’re now the largest provider of FTTH services in the country."

Steffens told the committee that NBN Co had approximately 7000 fibre connections, consisting of "more than" 5000 in brownfields and 2000 in greenfields suburbs.