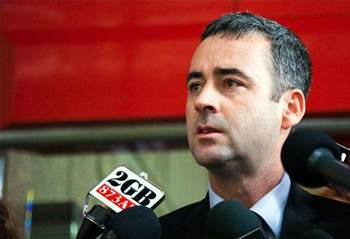 The Full Bench of the Federal Court has dismissed the film industry's appeal against a February 2010 judgement, which found ISP iiNet had not authorised copyright infringement on its network.

Today in the Federal Court in Sydney, Justice Emmett said that the court agreed with the film industry's assertion that rights holders' copyright had been infringed but disputed the "characterisation of the infringements".

"I have concluded that the appeal should be dismissed; however, it's fair to say that the appellants [AFACT] have been successful [on some grounds], therefore the parties should be heard further," he said.

The parties have been asked to make submissions "as to the costs" of the first instance and the appeal.

Despite the appeal being squashed, the court warned the ISP industry that rights holders might still find an avenue for further action.

"Even though the Copyright Owners are not entitled to the relief claimed in this proceeding, it does not follow that that is an end of the matter," the Judgment said.

"It is clear that the questions raised in the proceeding are ongoing. It does not necessarily follow that there would never be authorisation within the meaning of s[ection] 101 of the Copyright Act by a carriage service provider, where a user of the services provided by the carriage service provider engages in acts of infringement such as those about which complaint is made in this proceeding.

"It does not necessarily follow from the failure of the present proceeding that circumstances could not exist whereby iiNet might in the future be held to have authorised primary acts of infringement on the part of users of the services provided to its customers under its customer service agreements."

The ISP appears to have scraped through on the numbers - with Justices Emmett and Nicholas dismissing the appeal, and Justice Jagot preferring the argument of the film industry.

Representing the Hollywood studios, the Australian Federation Against Copyright Theft (AFACT) had appealed a Federal Court judgment by Justice Dennis Cowdroy that found iiNet did not authorise copyright infringement activities of users of its network.

Despite winning the original case, iiNet also lodged an appeal in an attempt to tighten up parts of Cowdroy's original ruling that did not land in the ISP's favour.

The Full Bench appeal was an important escalation in the high-profile case, but the verdict is unlikely to resolve the battle. It is widely expected that AFACT will lodge a further appeal with the High Court in Canberra. AFACT now have 28 days to file an application seeking leave to appeal to High Court.

Experts believed that content rights holders needed to prove they had exhausted all available legal options before they sought Government intervention on the issue of copyright and internet piracy.

Stay tuned to iTnews for a full analysis of the full bench decision.