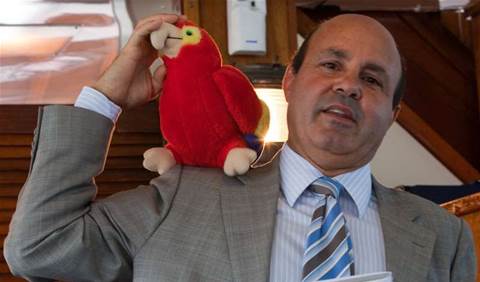 Offers early advice on implications of iiNet vs AFACT trial.

The Internet Industry Association (IIA) has scheduled an “exclusive briefing" with internet service providers to discuss the court case between Perth-based ISP iiNet and the film industry.

In an email to ISPs on Friday, the association detailed how it would hold a free briefing in Sydney on Thursday with its lawyers for internet service providers.

"John Fairbairn (Partner) and Timothy Webb (Senior Associate) from Clayton Utz who represented the IIA at the iiNet trial will be holding a briefing for ISPs on the issues raised in the case and lessons for Australian ISPs,” the association said in an email to ISPs cited by iTnews.

“They will discuss the key facts behind the case, the Applicants' allegations and iiNet's defences, the position taken by the IIA and Justice Cowdroy's judgment, the likely path going forward, and the implications of the case for Australian ISPs."

The email said the briefing would include "highly informative, topical and interactive discussion" and said it was "essential for ISPs in managing their responses to rights holders".

IIA spokesman John Hilvert told iTnews the briefing was "no more than sharing some of the lessons and early indications of a range of issues that might confront our typical ISP".

"It's purely a workshop sharing some information background from the consulting lawyers as a wrap up because the decision won't be out until another quarter and one of the issues is - what do we do in the meantime?"

The meeting would likely discuss the ramifications of the copyright case if iiNet were found to be guilty, which would likely lead to other ISPs being taken to Court by the film industry if they didn't act on its allegations.

"It's the usual boot camp for ISPs that really aren't into the law but probably don't want to cross it," Hilvert said.