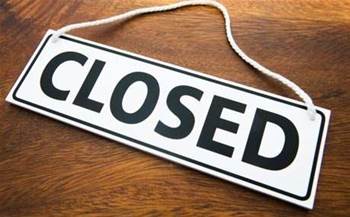 The Internet Industry Association has announced it will cease trading and transfer its operations to telecommunications industry body the Communications Alliance.

The industry bodies revealed today the Comms Alliance will take over the IIA’s operations and responsibilities - including the iCode - effective immediately.

IIA chairman Patrick Fair told iTnews the decision to shut down had been the result of a push from members, as well as an inability to maintain financial viability.

“There was pressure from the membership to consolidate,” he said. “They said they didn’t want to belong to multiple associations. This decision wouldn’t have happened if that hadn’t been the view among the membership.”

Fair said other factors including consolidation within the industry - acquisitions such as iiNet’s purchase of Internode and TPG’s AAPT buy -  had resulted in a loss of fee-paying members. A change in the role of the internet in Australian business and a frugal post-GFC environment also came into play, he added.

The IIA will effectively stop trading today. Its website has been taken down and it is unclear if it will be reinstated. The IIA is understood to have had two staff at the time of the merger, neither of whom are expected to move across to the Comms Alliance.

The process of transferring the IIA’s membership had begun prior to the signing of today’s deal, Fair said.

Existing IIA members will be able to ride out the duration of their existing paid membership as Comms Alliance members at no extra charge.

The IIA’s online security council initiative launched last September, the NOSC, will be restructured as a “working group focused on online security, cyber safety and related issues," the IIA said in a statement.

The original NOSC was formed as a way for industry members to communicate their concerns and perspective around online security directly to the Government, partly in order to remove duplicated security efforts within agencies.

Comms Alliance CEO John Stanton said the IIA had been a “strong advocate for the ISP and online security sector” over the past decades.

“Communications Alliance welcomes all former IIA members who transition to our ‘family’ and looks forward to working with them to strongly represent their interests and to build on the achievements to date,” he said in a statement.