IE9 gets closer to release with new version 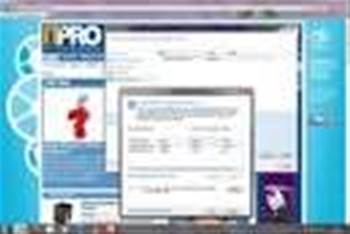 Internet Explorer 9, the latest version of Microsoft's web browser, is now one step closer to its final, finished form with the release candidate now available.

One new feature in this latest build of IE9 is Tracking Protection which should prevent advertising companies, as well as more unscrupulous characters, from tracking users and their surfing behaviour as they go from site to site.

Users can subscribe to a list which automatically blocks trackers, or they can choose to block them on a case-by-case basis, but it's not clear exactly how this can be achieved.

There have also been tweaks to the user interface – the tab bar which sits to the right of the location/search box by default can now be moved so it sits beneath the box.

It's also possible to start searching for a web page immediately from the location box, instead of searching your history and bookmarks, by typing a question mark and then keywords.

The ability to pin websites to the Windows taskbar so they act more like locally installed programs has also been tweaked. For sites that support it, users can now adjust various options such as their appearance or which options appear in the site's taskbar jump list. This can be done from a settings dialogue box or a setup wizard the first time you run the site after pinning.

Microsoft claims to have boosted JavaScript performance even further and graphics hardware acceleration is now only enabled for sites that can take advantage of it. Support for additional HTML5 features, such as finding your location based on your IP address, has also been added – although this geolocation feature didn't work on our wireless network.

Due to the improved security features in Vista and Windows 7 required by IE9, the new browser won't be available for Windows XP users. Microsoft's advice is for XP users to stick with IE8, which won't be discontinued.

This release candidate should be the last build before the finished version is released, but Microsoft representatives were unwilling to commit to a release date.

Got a news tip for our journalists? Share it with us anonymously here.
Copyright © ITPro, Dennis Publishing
Tags:
closergetsie9newreleasesoftwaretoversionwith