Identity management and the iPhone 5s 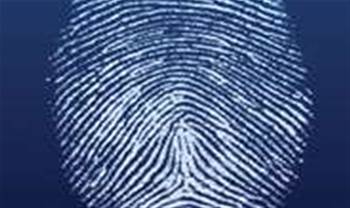 It’s been suggested that with Apple’s introduction of biometric technology, the “i” in iPhone now stands for “identity”.

Maybe “i” is for “ironic” because there is another long-awaited feature that would have had much more impact on the device’s identity credentials.

The fingerprint scanner has appeared in the new iPhone 5s, as predicted, and ahead of Near Field Communications capability.

In my view, NFC is much more important for identity. NFC is usually thought of as a smartcard emulator, allowing mobile devices to appear to merchant terminals as payments instruments, but the technology has another lesser known mode: reader emulation.

NFC devices can be programmed to interface with any contactless card: smart driver licenses, health cards, employee ID and so on. The power to identify and authenticate to business and enterprise apps using real world credentials would be huge for identity management, but it seems we have to wait.

Meanwhile, what does the world’s instantly most famous fingerprint reader mean for privacy and security? As is the case with all things biometric, the answers are not immediately apparent.

Biometric authentication might appear to go with mobiles like strawberries and cream. Smartphones are an increasingly central fixture in daily life and yet something like 40 percent of users fail to protect this precious asset with a PIN. So automatic secure logon is an attractive idea.

There are plenty of options for biometrics in smartphones, thanks to the built in camera and other sensors.

Android devices have had face unlock for a long time now, and iris authentication is also available. Start-up EyeVerify scans the vein pattern in the whites of the eye; gait recognition has been mooted; and voice recognition would seem an obvious alternative.

With its US$365M acquisition of Authentec in 2012, Apple made a conspicuous commitment to a biometric technology that was always going to involve significant new hardware in the handset.

The iPhone 5s incorporates a capacitive fingerprint detector in a subtly modified Home button.  Ostensibly the button operates as it always has, but it automatically scans the user’s finger in the time it takes to press and release.

Self-enrolment is said to be quite painstaking, with the pad of the finger being comprehensively scanned and memorised. This allows the relatively small scanner to still do its job no matter what fraction of the fingertip happens to be presented. Up to five alternate fingers can be enrolled, which allows for a fall-back if the regular digit is damaged, as well as additional users like family members to be registered.

This much we know. What’s less clear is the security performance of the iPhone 5s.

Remember that all biometrics commit two types of error: False Rejects where an enrolled user is mistakenly blocked, and False Accepts where someone else is confused for the legitimate user.

Both type of error are inevitable, because biometrics must be designed to tolerate a little variability.  Each time a body part is presented, it will look a little different; fingers get dirty or scarred or old; sensors get scratched; angle and pressure vary. But in allowing for change, the biometric is liable to occasionally think similar people are the same.

The propensity to make either False Positive or False Negative errors must be traded off in every biometric application, to deliver reasonable security and convenience. Data centre biometrics for instance are skewed towards security and as a result can be quite tricky and time consuming to use.

With consumer electronics, the biometric trade-off goes very much the other way. Consumers only ever directly experience one type of error – False Rejects – and they can be very frustrating. Most users don’t in fact ever lose their phone, so False Accepts are irrelevant.

Thus the iPhone 5s finger reader will be heavily biased towards convenience, but at what cost?  Frustratingly, it is almost impossible to tell.

Independent biometrics researchers like Jim Wayman have long warned that lab testing is a very poor predictor of biometric performance in the field. The FBI advises that field performance is always significantly worse than reported by vendors, especially in the face of determined attack.

All we have to go on is anecdotes. We’re assured that the Authentec technology has “liveness detection” to protect against fake fingers but it’s a hollow promise. There are no performance standards or test protocols for verifying the claim of liveness detection.

The other critical promise made by Apple is that the fingerprint templates stored securely with the handset will never made accessible to third party applications nor the cloud. This is a significant privacy measure, and is to be applauded.  It’s vital that Apple stick to this policy.

But here’s the rub for identity: if the biometric matching is confined to the phone, then it’s nothing more than a high tech replacement for the PIN, with indeterminate effectiveness. Certainly smartphones have great potential for identity management, but the advantages are to be gained from digital wallets and NFC, not from biometrics.

Some have quipped that the “S” in iPhone 5S stands for “security” but to me it’s more like “speculation”.

Steve Wilson (founder of the Lockstep Group) is Vice President and Principal Analyst at Constellation Research.